As of Monday, Feb. 22, it is perfectly A-OK to pack loaded, concealed guns into most U.S. National Parks and Wildlife Refuges. 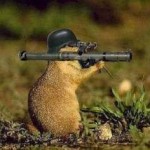 The law was passed by Congress in May and signed by President Obama, and basically reverses 94 years of National Park Service policy. Previously, people were allowed to transport unloaded, disassembled weapons in the trunks of their cars. The law was a rider attached to the Credit Card Act of 2009, an act that the Washington Post’s Michelle Singletary derided as laden with loopholes.

Meanwhile, Patricia Kitchen weighed in at Newsday, trying to fill in her readers all about the Credit Card Act.

Obviously, the gun provision was almost beside the point in this legislation.

The idea behind the re-write was to support those who claimed they wanted as much personal protection in the national parks as they would in any neighboring state.

But Steve Casimiro, editor of The Adventure Life, claims otherwise.

“The crime rate in national parks is so low, no additional laws are needed to address it,” he wrote 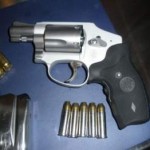 Guns still won’t be allowed in buildings where federal employees work, such as the Statue of Liberty and park visitors centers. “But restaurants, hotels and gift shops will be subject to the new gun law. Yosemite’s historic Ahwahnee hotel, for example, must allow visitors who are legally entitled to carry weapons to bring them into the building,” according to a news report in the Los Angeles Times.