There is no TGIF for the 700 captive elephants of Kerala, India. 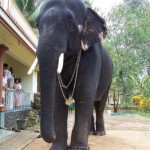 If it isn’t yet another political campaign parade, it’s a trade fair. If not that, then another temple festival. They walk with fireworks blasting, drunkards reeling. They travel in open-air vehicles and stand in the scorching sun.

These elephants are owned by some 250 people and a number of temples. They are mainly rented out during the more than 10,000 festivals every year for parades and processions. Tourists love ’em. The government prizes them. The temples revere them. 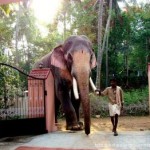 That might be jarring to many, given that the elephants are an integral part of the daily life in Kerala, situated in southwest India. These Indian elephants are given a prestigious place in the state’s culture and are often referred to as the “sons of the sahya.” Not surprisingly, the Kerla elephant is the state animal. 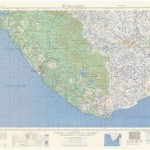 The state’s most venerated Hindu temple, Guruvayur, alone owns 66 captive elephants, aged from 14 to 70. They live on seven acres of land outside the temple, and are looked after by some 200 mahouts.

Kerala’s Elephant Lovers’ Association, a group which has been campaigning to have “performances” by captive elephants banned, says officials are under-reporting instances of abuse. According to figures compiled by the group from media reports and wildlife authorities, captive elephants have killed 212 people – the majority of them mahouts, in the past 12 years in Kerala.

The group also claims more than 1,000 elephants have died “due to torture” during the same period.

On its Web site, the Elephant Welfare Association has adopted a strident tone.

“In recent years, the quality of elephant management has degenerated,” the association said. “Increasing demand for elephants at festivals and functions have made elephant management a lucrative affair. This has attracted a new breed of youngsters with no traditional method of initiation in the art of mahoutery.

“These new aspirants had neither knowledge to handle elephants, nor respect for the work they have taken up. Not surprisingly many of them used various violent methods to control elephants. This led to casualties for both elephants and mahouts.

Here’s a YouTube video of one of the many elephant festivals of Kerala: