Women who have been slow to use female condoms to prevent the spread of HIV/AIDS are getting help from Washington, D.C., which has begun distributing  500,000 free condoms throughout the city. 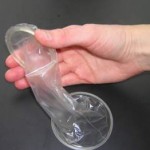 The distribution will target beauty salons, convenience stores and high schools in parts of the city with high HIV rates.

It is the first city in the United States to embark upon such a program, even though the distribution  of free male condoms has been a staple weapon in the fight against HIV/AIDS throughout the world. 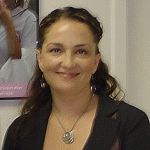 “Anywhere male condoms are available, female condoms will be available,” said Shannon Hader, director of the D.C. HIV/AIDS Administration in a report in the Washington Post. “We’re not saying that if you’re a school in this area, you can’t get female condoms. We’re trying to make every effort count to build on what already exists . . . to expand options rather than limit them.”

Female condoms have been on sale since 1993, but take-up has been slow. 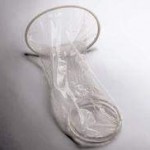 The initial version of the contraceptive was judged by U.S. customers to be too expensive. But a new version, the FC2, is now being used in countries such as South Africa, Brazil, and Indonesia. It will  will be distributed in Washington and offered for sale in pharmacies alongside male condoms. A female condom three-pack is $6.50 while a package of three male condoms sells for about $5 to $7.

While more men than women have HIV, women are catching up. If new HIV infections continue at their current rate worldwide, women with HIV may soon outnumber men with HIV, according to The Centers for Disease Control and Prevention.

Recently, female sex workers in the southern Indian state of Tamil Nadu received 60,000 condoms as part of a government sponsored AIDS prevention initiative in 2007. The program was a collaboration between a local AIDS control authority and a national family planning trust. At least seven other Indian states also signed up. The program was to reach out to over 11,000 women among the vulnerable population across the country.

In the past 15 years, reports Family Health International, research on the female condom and efforts to introduce this new device to various populations have increased markedly. From small pilot trials that led to modifications in the device itself, research efforts expanded to introduction and effectiveness studies.

Female condoms are available in at least 40 countries; however, only a handful of those countries have established, well-documented promotion and distribution programs. 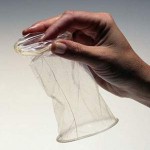 The female condom, the “FC Female Condom,” was first made from polyurethane. The  newer version, put on the market in 2005, is made of nitrile rubber, which are less likely to make potentially distracting crinkling noises. This line of condoms is manufactured by the The Female Health Company in the U.S.  FC1 and FC2 are the only female condoms encouraged by the World Health Organization (WHO) as an additional tool for protecting sexual and reproductive health. The United National Population Fund has incorporated the female condom into national programming. They are sold under many brand names, including Reality, Femidom, Dominique, Femy, Myfemy, Protectiv and Care.

The most recent version of the female condom is made from natural latex, the same material used in male condoms. This condom does not make the noises some experience with plastic condoms. This type of female condom is manufactured by Medtech Products Ltd, India. It is sold under various brand names, including Reddy, V Amour, L’amour, VA WOW Feminine condom, and Sutra. One more clinical trial is required before it can be considered for FDA approval in the United States.

Meanwhile, the global health nonprofit Program for Appropriate Technology in Health (PATH) has developed a female condom tailored for use in developing countries.