African Americans and American Hispanics are much more likely to develop Alzheimer’s disease than U.S. Caucasians, according to a special report from the Alzheimer’s Association. 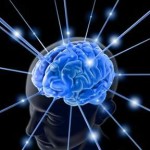 The report, released on March 8, and titled 2010 Alzheimer’s Disease Facts and Figures , (PDF), found that African Americans are about two times more likely to develop the disease than whites, and Hispanics face about 1.5 times the risk.

The Chicago-based Association, which included its findings within its 74-page annual report, suggested there was no genetic link to the findings.

“The report examines the impact of health conditions like high blood pressure and diabetes, conditions that are prevalent in the African-American and Hispanic communities and how these conditions also increase Alzheimer risk,” the report said. 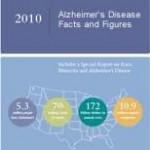 The 2010 report overall includes data on prevalence, mortality, costs of Alzheimer care, and caregiving, in addition to the special report on race, ethnicity and Alzheimer’s disease. 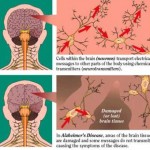 There are 5.3 million Americans with Alzheimer’s disease, according to Robert J. Egge, vice president of public policy and advocacy.

Socioeconomic factors, such as having a low level of education and low income are also associated with greater risk for Alzheimer’s and other dementias. Data from a federal survey of older Americans shows that African-Americans and Hispanics are disproportionately represented among socioeconomically disadvantaged people in this country.

“Alzheimer’s disease is the single largest, looming, unaddressed public health threat facing the nation, but we now know the threat is even more substantial in the African-American and Hispanic communities,” said Harry Johns, the Alzheimer’s Association president and CEO. “These groups are more likely to have Alzheimer’s, less likely to know it and, as a result, less likely to receive available treatment.”

VIDEO: Bruce Reed, the Associate Director of the Alzheimer’s Disease Research Center at the University of California Davis, presents a comprehensive update on Alzhemier’s Disease from 2009. (60 mins)