U.S. actor Sean Penn, in Haiti to lead a recovery effort, said the problems there appear to be “insurmountable,” amplifying a United Nations’ emergency report that indicates projected fund-raising is at only 49 percent.

“For all of our efforts,” Penn wrote on his Jenkins-Penn Haiti Relief Organization Web site, “true recovery seems insurmountable, as the fast-approaching rainy season threatens to undo all of our efforts and magnify this tragedy tenfold.”

Penn is in Haiti with actress Maria Bello. Penn and Bello met with U.N. Secretary-General Ban Ki-moon on Sunday, March 14,  to tour the facilities of organization, which provides medical care, water filters and food. 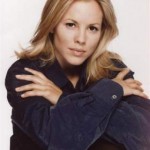 Ban toured a makeshift camp where more than 40,000 people are living under tarpaulins or tents. After meeting with Haitian President René Préval, Ban said the U.N.’s revised emergency appeal for $1.4 billion this year to fund continuing humanitarian assistance and reconstruction in Haiti was only 49 percent funded so far.

Ban has promised Haitians he is focused on maintaining donor solidarity as the quake-torn nation struggles to rebuild. The effort will include an international donors’ conference at the United Nations headquarters in New York on March 31.

“We are a little bit behind schedule, Ban conceded, “but we are moving very quickly.” He called for a “better structured” and “much more efficient way of distributing emergency shelter.”

Rain is already falling in some parts of the country, but the country has been spared so far. Normally, afternoon showers are common, beginning at the end of February and intensifying through the summer. The hurricane season begins in June.

Elsewhere, rice farmers in the countryside are complaining that the tons of free rice donated to the Haitians has wrecked the country’s rice economy.

“It was absolutely necessary that international aid arrive’ after the earthquake,” Préval said, but “we are now in a new reality.”

Penn said though the situation seems dire, he, Bello and scores of volunteers are undaunted.

Wrote Penn on his Web site:

“We keep calling on a mantra from CNN’s Dr. Sanjay Gupta, who emailed the following while we were en-route to Haiti after we asked him what life was like on the ground: ‘Awful. Indelible. Fixable,’ the good doctor said.  With that, our extraordinary team soldiers on.

“We are working closely with the U.S. Army’s 82nd Airborne, officials in the Dominican Republic, as well as many local mayors, religious and community leaders, and hospital officials to determine the most immediate needs and service those needs as quickly and effectively as possible.”

More than 200,000 people died in the Jan. 12 7.0-magnitude earthquake, and large portions of the capital city were destroyed.