Women’s rights activists in northern Sierra Leone are cheering a recent court ruling  that may open the door toward women becoming eligible for the posts of “Paramount Chiefs.” 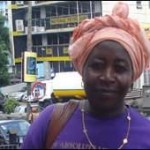 It was viewed as a landmark decision, not only on political terms, but cultural as well.

Traditionalists oppose women becoming chiefs in most of the West African country, though they are accepted in the south. 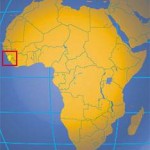 Activists say they will use the High Court ruling to strengthen their case in the Supreme Court, where they are lobbying for the nationwide acceptance of female paramount chiefs.
Paramount chieftaincy is a tradition dating back to precolonial times when each chief ruled his kingdom. The role was associated with clearing forests or seizing power by conquests.

In the government of Sierra Leone, Paramount Chiefs are nonpartisan Members of Parliament. There are 11 District Chiefs representing every district besides the Freetown Districts. 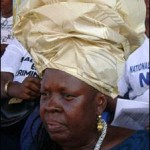 The ruling comes months after courts refused to support another woman, Elizabeth Simbiwa Sogbo-Tortu, who was barred from becoming chief, which prompted the appeal to the Supreme Court.

In December, members of a Sierra Leone traditional group besieged her house and stopped her from going home after she launched a bid to become a chief.

Ms Sogbo-Tortu was protected by armed police, UN officials and women’s rights campaigners when she tried to return to her home in the eastern Kono district.

Members of the Poro secret society threw stones at the convoy in the town of Sewase , 25 miles from the district capital Koidu, despite the security forces.

Ms Sogbo-Tortu is from a family of chiefs and after her disqualification, her nephew was chosen to be the new chief of Niminyama.

The office of Paramount Chief in Sierra Leone was highlighted in 2007 when British Prime Minister Tony Blair was named “chief for life” of an impoverished village. He was presented with a heavy brown ceremonial robe and declared honorary Paramount Chief of Mahera, a settlement of 6,000 people near Lungi.

He was given the name Paramount Chief Matoh, Chief of Peace, and his wife, Cherie Blair, was named Ya-Bom-posseh—First Lady.