The largest optical telescope in the world, capable of seeing the universe with even more clarity than the Hubble Space Telescope, will be built in the high mountains in the central part of Chile’s Atacama Desert. 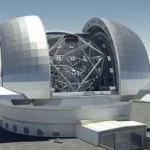 Its rather clunky name is the European Extremely Large Telescope, or E-ELT.

It is an astonishing instrument by any measure—by far the largest such telescope on earth and capable of spotting rocky, earth-like planets up to 100 million million miles away. It is to be situated at 2,701 meters (8,861 feet). It will stretch 42 meters across and will have more mirror glass than all the other telescopes in the world put together.

It is expected to be so powerful that if astronomers were to use it to peer at the moon, they would easily be able to see the car-sized lunar rover that was left on the moon by astronauts during the Apollo missions.

The European Southern Observatory (ESO) organization which is managing the project for a consortium of European countries, says it hopes the telescope can be operational by 2018.

The estimated cost is a billion euros.

The payoff, in scientific terms, is expected to be astronomical.

“By cosmic standards, the study of planets around other stars is parochial,” wrote Martin Rees, the UK’s Astronomer Royal, in the journal Public Service Review: Science and Technology. “We can observe only within a part of our own Milky Way Galaxy. 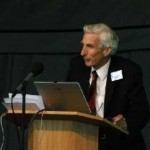 “But the E-ELT will contribute to our study of the most distant galaxies, probing back to a time when the universe was only around 5 percent of its present age.

“By comparing ‘snapshots’ of the universe at various distances (i.e. at various eras in the past) it will be possible to firm up our understanding of how, over a time of around 13.7 billion years, our cosmos transformed from a dense and mysterious beginning into the panorama of stars and galaxies we see around us. 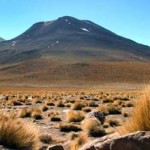 “Such observations will also firm up the long-range cosmic forecast: the best guess is that the universe will continue expanding, at an accelerating rate, getting colder, darker and emptier—forever.”

This particular area of the Atacama Desert provides near-perfect observation conditions. At least 320 nights a year the sky is cloudless. The aridity of the desert means water vapor is limited reducing interference of starlight as it passes through the atmosphere.

The World’s Biggest Eye on the Sky
European Southern Observatory