A new form of voter fraud was reported in the May 10 Philippine general elections: some qualified voters were paid to not vote. 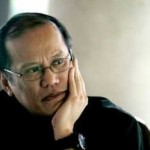 According to the Philippine National Police (PNP), authorities had been on the lookout for any form of vote-buying or selling, but this time was different.

“Before, candidates would pay voters to vote for them, this time, voters are paid not to vote,” said Chief PNP Director General Jesus Verzosa.  “In effect, these voters are paid to waive their right to vote.”

The scheme, according to PNP Spokesman, Chief Superintendent Leonardo Espina, involved payments to certain voters identified by political opponents.  The paid voters had their index fingers marked with indelible ink, which made them ineligible to vote.

The spokesman cited field reports of the vote-buying modus operandi observed throughout the country. 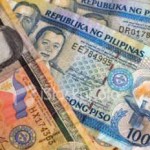 Vote-buying is a common form of election fraud in many countries, including the Philippines, especially since the poverty level in the Philippines is high. Before  the elections, there was a public outreach effort against vote-buying, led by PNP and watchdog organizations such as the Parish Pastoral Council for Responsible Voting (PPCRV).

The watchdog organization also reported that fake cash was distributed to voters and that “open ballots” were being sold for 1,500 to 2,000 pesos ($33-44 USD).

Manny Villar, a presidential candidate, was accused of vote buying by giving scholarships to children this February.

The PNP reported that arrests were made in election-related fraud schemes.  The PPCRV also reported that unidentified individuals driving government vehicles were caught buying votes, and publicly announced the license plate numbers of the vehicles in question.

The Omnibus Election Code of the Philippines prohibits bribes, vote-buying and vote-selling, according to section 261.

Despite fears that the elections may have been postponed due to malfunctioning voting machines last week, the elections proceeded as scheduled. 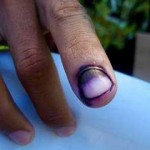 According to Smartmatic, the company responsible for replacing the Precinct Count Optical Scan (PCOS) machines, the glitch was corrected in time. However, damp ballots and malfunctioned voting machines were reported from precincts in Mindanao.

Presidential candidate Sen. Benigno “Noynoy” Aquino, the leader by an overwhelming margin in nearly-complete retruns,  is the son of the People Power leader and the first country’s first female president, Corazon “Cory” Aquino, whose husband, Benigno S. Aquino, Jr. was assassinated in 1983.

The Omnibus Election Code of the Philippines

Smartmatic’s platform set for Election Day in the Philippines

3 thoughts on “Voters paid to stay away from Philippine elections”