The Philippines election proved to be another historic moment last May 10: the first official LGBT political party on the ballot. 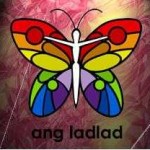 Initially, the LGBT political party Ang Ladlad (“Out of the Closet”), was denied eligibility by the Commission of Elections (Comelec), to officially register as a political party.

Comelec said the party didn’t have enough members and claimed that the group was immoral.  “This definition of the LGBT sector makes it crystal clear that petitioner tolerates immorality which offends religious beliefs,” said Comelec, who also added that it was its duty to “protect our youth from moral and spiritual degradation.”

However, on April 8, the Supreme Court of the Philippines ruled in Ang Ladlad LGBT Party vs. Commission on Elections, in favor of the LGBT political party.

“We also find the COMELEC’s reference to purported violations of our penal and civil laws flimsy, at best; disingenuous, at worst,” added the Supreme Court.

For Danton Remoto, Ang Ladlad’s acting chairman and founder, the ruling was an important legal step.  “And in the ways that my parents told me—to be brave and never to buckle down, to stand tall and to fight till the bitter end. My lawyers and I filed a pleading with the Supreme Court, asking it to set aside the Comelec decision,” said Remoto.

“At the back of my lawyers’ minds, they knew this case would set legal history.” 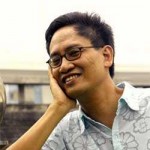 So, what is next for the Ang Ladlad and the five members who ran for office on May 10?

It seems that the group will still push for human rights and pro-LGBT platform, which includes supporting LGBT businesses, helping disenfranchised LGBT Filipinos, and the repeal of the Anti-Vagrancy law.

“It is the Commission’s role to be part of Ang Ladlad‘s struggle to claim their right to stand for elections. To not be involved will not augur well for our integrity in the pursuit of promoting and protecting human rights in the country,” said Commission on Human Rights of the Philippines Chairperson Leila M. de Lima.

Commission on Human Rights of the Philippines

Supreme Court of the Philippines