After heated debate, the New Zealand Parliament voted to pass controversial three-strikes legislation into law, according to a May 26 New Zealand Herald article. 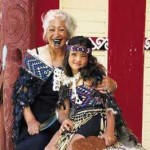 The National-Act party legislation called the Sentencing and Parole Reform Bill, was heavily attacked by the Labour, Green and Maori parties. The bill was touted as a way to lower crime, with Act MP David Garrett predicting a “10 to 20 percent decrease in crime” because of its passage.

The law will impose maximum jail terms for many offenses without possibility of parole—except manslaughter—for those convicted of their third strike, according to the report.

There are 40 different qualifying offenses including murder, aggravated burglary and robbery. A third-strike robbery offense would land the convicted criminal 10 years without parole.

Groups blasted the bill for having little impact on crime, according to the report. 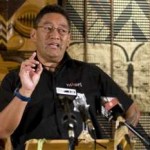 Maori are more likely to be arrested than non-Maori and would use up strikes faster, according to a report in TangataWhenua.com, a Maori news service.

Defenders of the New Zealand three-strikes law said it was unlike the California law, because it focuses on mostly violent crimes. 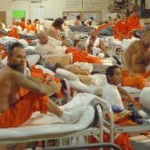 But a TangataWhenua.com article said the law could lead New Zealand down the path that California has taken.

The article cited a May 2010 California State Auditor report saying that 25 percent of California inmates are in the prison system because of the three-strikes law.

It also said that California third-strike offenders, on average, receive sentences that are nine years longer than other inmates, costing the state about $19.2 billion in additional cost.

The California version of the law has come under increasing recent fire for convicting individuals of their third strikes for acts like petty theft or non-violent drug offenses.

California prisons are so overcrowded that the state passed laws in January to release thousands of inmates.