As South Africans play host for the 2010 World Cup, they may also inadvertently play host to human traffickers, as thousands children are off school for the month-long soccer tournament. 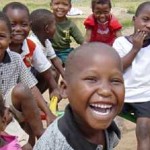 According to South Africa President Jacob Zuma, women and children may be targets of human traffickers, who often force their victims into prostitution or to work as laborers.  In preparation of the games, the president launched Child Protection Week and Children’s Act, which makes trafficking children against the law.

“While we are excited that we’ll be receiving visitors for the FIFA World Cup we must be mindful that an event of this magnitude opens opportunity for criminals with ill intentions of trafficking in women and children,” said President Zuma, who added that schools will be closed during the June 11-July 11 games. 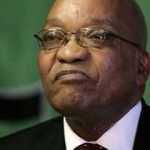 “I urge parents to take extra care and ensure that children are supervised and provided with guidance all the time.  The Government, FIFA, UNICEF and social workers are preparing to provide assistance in the host cities. Let us all look after our children as they enjoy the games.”

“Children wandering alone in shopping malls and football stadiums will be vulnerable to people with evil intentions,” added President Zuma, citing that 80 percent of human trafficking victims are either women or girls.

The government also collaborated with UNICEF to create child-friendly spaces during the games, allowing them to watch games for free at designated sites.  The children will be under the supervision of trained volunteers, according to UNICEF.

On February 12, 2009, the United Nations Office on Drugs and Crime (UNODC), UNODC released the Global Report on Trafficking in Persons.  The UNODC estimates that are 2.5 million victims of human trafficking, generating billions of dollars in illegal activity. 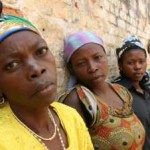 Are these women in danger?

According to the organization, 2010 Human Traffic, there is a shortage of prostitutes in South Africa and criminals will resort to kidnapping and trafficking women and children to make a profit.  The organization also cites that there was 95 percent increase in human trafficking during the 2004 Olympics in Greece.

“If children are left to roam free over this period they may be targeted by human traffickers and those sexual predators that will also be on a sex and soccer holiday,” said John Preller, a community leader in Port Elizabeth, South Africa.

“Girls as young as seven and eight years old are particularly vulnerable as they are being targeted by traffickers.  Closing down the schools will put pressure on working parents, and single parent families to find care givers or expose their children to the risk of being ‘left Home Alone!’ without supervision or some form of controlled activity over the next 30 days of World Cup activities.”

Child-friendly spaces during the 2010 World Cup