Hundreds of protesters rallied in early June behind three women petitioning the Namibian government to end the practice of forced sterilization of HIV-positive patients. 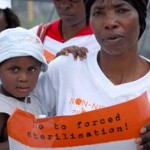 The three plaintiffs are suing the Namibia Ministry of Health and Social Services for “alleged violation of their right to dignity, non-discrimination and the right to start a family,” according to a report in New Era.

The protesters on June 2 marched to the ministry in the capital, Windhoek, with mouths bound by tape.

The women claim they were sterilized at state hospitals without their “full and informed consent” after testing positive for HIV.

Several reports say 15 cases were documented in 2008.  The petition claims that this number is just the tip of the iceberg, according to the report.

But Health Minister Richard Kamwi “categorically denied that HIV-positive women are ‘systematically coerced’ to be sterilized at state hospitals,’ according to a July 3, 2009 article in The Namibian. 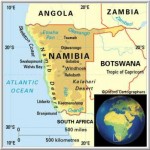 “Stigma and discrimination is still rife against people living with HIV and AIDS in different sectors – in the workplace, in the medical sector and so forth,” said Attorney Linda Dunba Chicalo of the Legal Assistance Centre in an interview with Radio France Internationale. The center represents the plaintiffs.

Former Chair of the Namibian HIV Clinicians Society and obstetrician Bernhard Haufiku told the Inter Press Service News Agency last June that sterilization of HIV-positive women is unnecessary and has no medical basis.

“The risk of mother-to-child transmission of HIV can be minimized through early diagnosis and retrovirals,” he said.

An article in HIVPlusMag.com said efforts to stem mother-to-child transmission launched in 2006 in Namibia has cut transmission rates from 13 percent to two percent.

Several human rights organizations have attacked the practice of coerced or forced sterilization.

The Namibia Planned Parenthood Association (NAPPA) said forced sterilization “is a direct violation of various conventions that Namibia has signed, including the Convention on the Elimination of all Forms of Discrimination Against Women and the Women Protocol,” according to The Namibian. 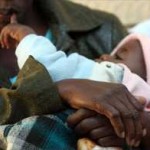 WHO photo, 15.3 percent of Namibians are HIV-positive

NAPPA also said that informed consent to sterilize was not merely just signing a form or saying “yes.”

The association and some doctors said many women may have been sterilized because their were problems due to language barriers, were afraid to speak up against medical decisions or simply didn’t understand their rights.

Protesters will continue their actions over the next week by staging sit-ins at two state hospitals where forced sterilizations were alleged to have occurred.

Similar protests were held at Namibian embassies in Pretoria, Lusaka and Washington DC, according to New Era.

Nappa Speaks Out On Forced Sterilisation
The Namibian via allAfrica.com, Oct. 28, 2010

No Coerced Sterilisation of HIV+ Women – Kamwi
The Namibian via allAfrica.com, July 3, 2009