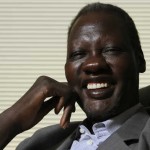 Bol, a tireless humanitarian on behalf of Sudan, died in a Charlottesville, Va. hospital while suffering from the disease, which causes one’s skin to shed.

Stevens-Johnson syndrome is a rare, serious disorder in a victim’s skin, and mucous membranes react severely to a medication or infection. Often, according to experts, the syndrome begins with flu-like symptoms, followed by a painful red or purplish rash that spreads and blisters, eventually causing the top layer of skin to die and shed.

Bol’s cousin, George Bol said doctors told the family that a “broad range of complications” led to his Manute’s death.

Bol was on a charity mission to his native Sudan when an unusual series of medical conditions spiraled into a Stevens-Johnson syndrome reaction. Blisters from the syndrome were so severe that he was unable to eat or drink for 11 days.
“When he boarded the U.N. plane he left one bag behind due to space and he was separated (from) his medication,” said Tom Prichard, executive director of the Sudan Sunrise foundation, a Kansas City-area foundation for which Bol worked as a spokesman and fund raiser.

Bol’s infection worsened, Prichard said, and he was sent to a hospital in Nairobi where he received medication for his kidney infection which ultimately led to the onset of Stevens-Johnson syndrome. 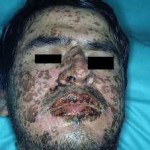 Stevens-Johnson syndrome is an immune system reaction that results in blisters on the skin and on the eyes, lips, mouth, and any other mucus membrane in the body.

“I think getting dehydrated was what contributed to his kidney failure,” Prichard  said.

“Stevens-Johnson Syndrome is a life threatening condition, affects the skin, causes the epidermis of the skin to separate from the dermis,” said Dr. Elaine Josephson, a fellow and national spokeswoman for American College of Emergency Physicians. “We really don’t know what’s causing it, but the main class of known causes is medications and infections.” 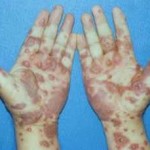 Meanwhile, a Tampa dermatologist says though rare, Bol’s condition should send a wake-up call to the public because the disease is caused by common antibiotics and over-the-counter drugs.

“Stevens-Johnson syndrome is not curable and it can be caused by very common medications, such as ibuprofen, acetaminophen and common antibiotics,” said Dr. Seth Forman, a Tampa dermatologist.

Nearly 100,000 people die from Stevens-Johnson syndrome each year. The condition usually begins with flu like symptoms, followed by a painful red or purplish rash. That rash then spreads and blisters, eventually causing the top layer of skin to die and shed.