Being flirtatious, rowdy or dressing like the opposite sex just became a bit more difficult in Kuwait. 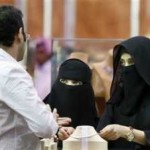 The Kuwait government announced July 1 it is launching an all-women morality police force to fight against LGBTs, transvestites and “flirtatious young men and women, beggars and rowdy people,” according to Gulfnews.com.

In Kuwait, as in many other Gulf nations, it is forbidden for men and women who are not related to each other in some fashion to openly mingle.

The police will patrol malls and other public spaces to “help uphold local values and protect people from immoral practices.”

In a Jan. 24, 2010 report, Human Rights Watch said Kuwait law that criminalizes “imitating the appearance of the opposite sex” was vague and could lead to arbitrary arrest and detention. The group added that some who were arrested under the law had been abused during detention.

Morality policing encroaches into most aspects of life in neighboring Saudi Arabia, even for the most die-hard 2010 World Cup fans.

The Saudi morality police, called the mutaween, have deployed “mobile mosques” in Riyadh where men gather to watch the games in popular coffee shops, according to Mid-Day.com. The mutaween lay out prayer rugs during the World Cup to make sure soccer fans don’t miss the sunset call to prayer. 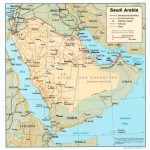 But the morality police have been blasted by human-rights groups for their heavy-handed application of Saudi law, especially against women.

A 75-year-old widow was sentenced in March 2009 to 40 lashes and four months in prison for asking two male relatives who were not closely related to bring her five loaves of bread, according to The Associated Press.

The mutaween harass women who travel unescorted by male relatives, which is illegal, or dress “immodestly.” Breaking the laws can result in whippings and prison time.

But Saudi women have been fighting back against the morality police, literally.

A mutawa stopped a young couple at an amusement park in May 2010 and asked about the nature of their relationship, according to The Times. Enraged by the question, the young woman beat the officer in the face so badly he was taken to the hospital. 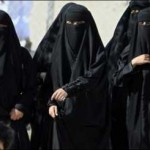 In another incident, a Saudi woman pulled out a gun and fired at a religious police patrol car after she was spotted with a male friend in public in the province of Hail.

And Saudi women are beginning to have some successes in Saudi courts.

“People are so fed up with these religious police, and now they have to pay the price for the humiliation they put people through for years and years,” activist Wajiha Huwaidar said in The Times report. “This is just the beginning. There will be more resistance.”

Saudi woman beats up morality policeman who quizzed her in public
timesonline.co.uk, May 22, 2010

Saudis to lash 75-year-old woman for mingling
The Associated Press via msnbc.com, March 3, 2009