Philippe Mingels, and his 3,200 friends online, want the world to bundanoon together. 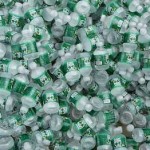 The anti-bottled water movement from Bundanoon

According to Mingels, “bundanoon” is a new green verb he is promoting to honor an Australian town that prohibited bottled drinking water in 2009.

The town, Bundanoon, is located in New South Wales, Australia and gained wide attention by voluntarily pulling bottled waters off its shelves.  The town, about two hours from Sydney, is reportedly the first ever to go water bottle-free.

“Drink[ing] water from plastic is a (inter)national sport now…,” wrote Mangels, who is leading the “to bundanoon” movement online.

“We… can honor the citizens of Bundanoon – who give us this most interesting example of the green economy – by launching ‘to bundanoon’ as to be the newest verb all over the world.”

“The rise of the bottled water industry is well documented and visible throughout San Francisco and the entire world,” wrote San Francisco Mayor Gavin Newsom. “The global consumption of bottled water was measured at 41 billion gallons in 2004, up 57 percent from the previous five years.  This consumption increase occurred despite the fact that bottled water often costs 240 to 10,000 times more than tap water.” 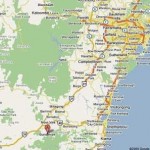 “Data suggests that the environmental impact of the bottled water industry has been profound.  According to the Container Recycling Institute, supplying the plastic water bottles that American consumers purchase in one year requires more than 47 million gallons of oil, the equivalent of one billion pounds of carbon dioxide that is released into the atmosphere,” added Newsom.

In late April, citizens in Concord, Mass. voted during a town meeting to ban the selling of bottled water.  There is opposition to the ban from organizations such as the International Bottled Water Association (IBWA).

“Bottled water is a safe, healthy, convenient food product,” said the IBWA.  “With the current high rates of diabetes, obesity and heart disease, any actions that discourage or prevent consumers from drinking water—whether tap or bottled—are not in the public interest.”

“Bottled water is one of thousands of food, medicinal, beauty and cleaning products packaged in plastic. Any efforts to reduce the environmental impact of consumer packaging must focus comprehensively all product containers and not single out any one product.” 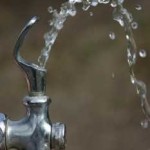 “I am sure this was a well-intentioned proposal in Concord, but I think it’s misguided, because it’s based on misinformation, misconception, and mischaracterization of a product that has a lot of benefits,’’ Flynn told The Boston Globe. “Bottled water is used in times of need, often in natural disasters. It’s also a healthy product.’’

According to Container Recycling Institute (CRI), consumers are purchasing more bottled items and have spent $270 billion in fountain or packaged beverages.  “Sales of plastic water bottles 1 liter or less increased more than 115 percent from 13 billion in 2002 to 27.9 billion in 2005,” reported CRI.

City and County of San Francisco

I Bundanoon, Bundanoon you … let’s Bundanoon! (translated to English)

One thought on “Bundanoon: a new verb—and green movement—from Oz”