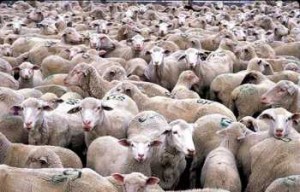 Researchers at Newcastle University in the United Kingdom tested five spices found in common curries on bacteria from sheep stomachs and found up to a 40 percent reduction in the production of methane (CH4).

Methane is about 20 times more noxious at affecting global warming than carbon dioxide (CO2). One sheep can burp out over 0.7 cubic feet of methane per day, while a single cow can belch out about 18 cubic feet per day, according to popsci.com.

“What my research found was that certain spices contain properties which make this digestive process more efficient so producing less waste – in this case, methane,” Abdul Shakoor Chaudhry from the School of Agriculture, Food and Rural Development told The Independent. 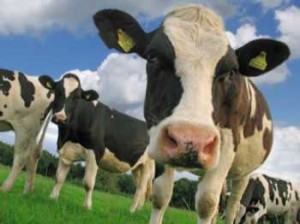 The research group tested the spices in-vitro on sheep gut bacteria, but they said the effect should be the same on cows and goats.

“Since antibiotics were banned, the hunt is on for new, safe, cheap ways to reduce methane production in ruminants. Plants like coriander are an ideal solution, especially in parts of the world where expensive treatments are not an option,” Chaudhry said in the report.

Curry spices for cows and sheep could cut methane emissions
The Independent, July 19, 2010