France’s controversial July 13 ban on burqas is not an isolated ruling.

Several European nations are considering following suit, and many countries have previously passed legislation restricting the use of the Muslim face veil. 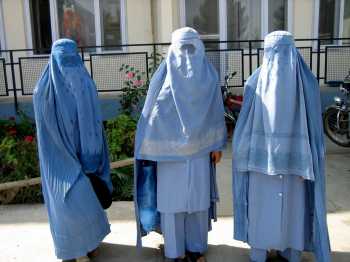 On July 18, Syria ‘s Education Ministry announced a ban on niqabs—full face veils and robes, similar to burqas—in all of the country’s public and private universities.

“We have given directives to all universities to ban niqab-wearing women from registering,” said an anonymous government official in an Associated Press report.

The ban is intended to secure Syria’s identity as a secular nation. Bassam Qadhi, a Syrian women’s rights activist, said that while many describe the choice to wear a niqab as a “personal freedom,” she believes the religious practice of requiring women to wear niqabs is oppressive.

A 19-year-old student told Arab News that “the niqab is a religious obligation,” and that she will not be able to study if she is prohibited from wearing the veil in class.

In June, Barcelona banned burqas and niqabs from government buildings, issuing a statement that asserted that the garments “hinder personal indentification.” Several smaller town in Spain, which has a Muslim population of 47 million, have similar laws, though city officials do not have the power to prohibit veils in public places.

Barcelona’s ruling was met with much resistance. “To legislate against (the use of burqas and niqabs) undermined civil liberties,” said Spanish Islamic Commission’s Mansur Escudero in an Arab News report. “If a woman wants to wear one, then why shouldn’t she?”

In April, Belgium was the first European country to ban burqas. Bruno Tuybens, one of just two Members of Parliament who voted against the ban, told Al Jazeera English, “This law disturbs me. I believe in freedom of expression and I don’t think it should be restricted unless it’s in very exceptional circumstances.” 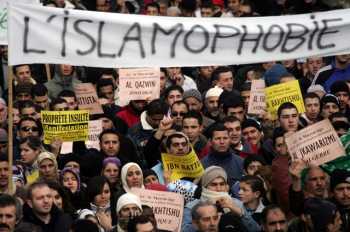 On the difficulty of identifying someone wearing a veil, Tuybens said, “There is no link at all between crime and wearing the burqa or niqab.”

Less than a week after Belgium’s law was passed, an Italian woman was fined $650 for wearing a burqa. Though there is no Italian law against the veil, the woman was fined for breaking a 1975 law that prohibits people from covering their faces in public.

Hijabs—Muslim headscarves that do not obscure one’s identity—are still legal in most of Europe. They have been banned for decades, however, in the Muslim nations of Turkey and Tunisia. In 2004, France banned hijabs in public schools, additionally prohibiting students from wearing other religious symbols, such as the Christian cross or a Jewish yarmulke.

Though many nations have been following Belgium’s lead, the United Kingdom is adamant about avoiding a ban. “Telling people what they can and can’t wear, if they’re just walking down the street, is a rather un-British thing to do,” said Immigration Minister Damian Green in a Telegraph report. “We’re a tolerant and mutually respectful society.”