An LGBT activist with Gays and Lesbians of Zimbabwe was found not guilty of pornography charges months after a May police raid found “pornography” and a letter “insulting” to President Robert Mugabe.

A Zimbabwean magistrate acquitted Ignatius Muhambi, an accountant for GALZ, after prosecution failed to establish a case against him, according to Radio France International.

He was arrested along with GALZ office administrator Ellen Chadema after police found a letter hanging on the office wall from former San Francisco Mayor Willie Brown praising the organization for its work. The letter denounced Mugabe’s opposition to homosexuality.

Zimbabwean police accused the activists of “undermining the authority of the president” by hanging the letter in the GALZ office, according to a newsdesk.org report.

Although the pair was accused of insulting Mugabe, no charges were filed, and prosecutors instead relied on supposed “indecent materials,” including a DVD supposedly showing men having sex.

Homosexuality is illegal in all African countries except South Africa, and Mugabe has certainly let his opinions out on gays and lesbians. 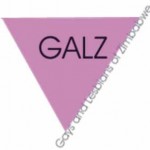 He has been quoted by many news sources saying that same-sex partners are “lower than dogs and pigs.”

In mid-July Mugabe said same-sex marriages were similar to “dog behavior” and has vowed to resist including gay rights laws in a new Zimbabwean constitution, according to the report.

After the pair was arrested, defense lawyer David Hofisi claimed both were forced to squat with arms outstretched and were hit with bottles when they became weak or wobbled while in prison.

Chadema’s case has already been postponed six times. More reports to come in her trial.

Zimbabwe’s Mugabe in court fight with LGBT … and Willie Brown
Newsdesk.org, May 28, 2010