A little-known producer of hair care products in upstate New York has become the poster child for renewable energy. 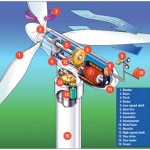 Zotos International, Inc., of Geneva, N.Y., a company begun years ago as a maker of hair dyes, in July announced plans for a $7 million, 3.3 MW on-site wind power project, 30 percent of which is to be funded by the American Recovery and Reinvestment Act.

Author Tina Casey at CleanTechnica.com called it “a daring display of green chutzpah.”

The project, if not on the chtuzpah meter, certainly is courageous. 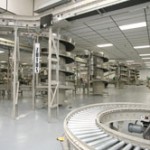 Inside the Zotos plant.

The company, now a subsidiary of cosmetics giant Shiseido Americas Corp., says it wants to be energy independent by 2011, using two 364-foot wind turbines to power its 660,000-square-foot plant. So far, Zotos has invested $30 million in the plant where 360 full-time and 310-flex-time workers are employed.

The turbines will generate about 70 percent of the plant’s energy. Zotos spends about $1 million a year on electricity. 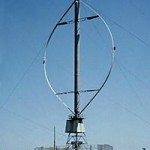 According to the American Wind Energy Association, the $7 million Zotos project is the largest of any manufacturing company in the U.S.

By the end of 2011, the company said it expects to fill all its energy needs through a combination of increased efficiency and renewable sources such as the wind turbines, solar panels, fuel cells and methane.

In addition, the company said Zotos will donate five percent of the wind power generated to the city of Geneva.