Insulting the Russian police might just get you arrested and thrown in prison. 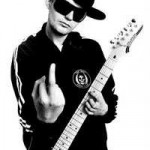 Noize MC has a message for Russian police

The famous Russian rap star Noize MC, known for his attacks against official corruption and police brutality, was arrested July 31 for lyrics considered insulting to police, according to The Moscow Times.

The arrest at a Volgograd concert occurred after the drummer for Noize MC’s group asked audience members to throw change into a baseball cap as a symbolic gesture.

Police at the venue accused the band of panhandling after which Noize MC, whose real name is Ivan Alexeyev, tore into their song “Smoke Bamboo,” which blasts police corruption and brutality.

Lyrics to the song go: “Citizen! Halt. Halt. Turn out your pockets, slap, slap. Now your kidneys, kick, kick. Well off you go, just smoke bamboo,” according to the report.

Alexeyev was subsequently arrested for “hooliganism” and given a 10-day prison sentence.

Police corruption, bribe taking and brutality in Russia have been big news this year. Corruption is viewed as something deeply entrenched in the Russian police force.

In February, President Dmitry Medvedev announced a wide-ranging crackdown on the interior ministry after a rash of crimes by police officers, according to Agence France Presse. 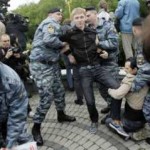 Crimes included the rapes and murders of some suspects held in custody. Medvedev also blasted the ministry for the huge number of murders and other crimes that go unsolved in Russia every year.

The AFP report also indicated “67 percent of Russians fear the police, while 77 percent say they do not feel safe against arbitrary police behavior.”

A Novorossiysk police officer became a web sensation after posting direct appeals to Prime Minister Vladimir Putin on YouTube to fix corruption, according to the New York Times.

“You talk about reducing corruption,” officer Alexei Dymovsky said in the video. “You say that it should not be just a crime, that it should be immoral. But it is not like that. I told my boss that the police are corrupt. And he told me that it cannot be done away with..” 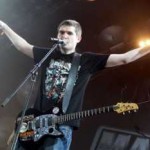 He added that police took bribes and were forced to work long hours without pay.

Dymovsky was fired from his position after the video aired and imprisoned for six weeks on charges of abuse of office and fraud. The charges were eventually dropped, and he now works for a rights organization in Moscow.

But the video inspired others to voice their anger at corruption in Russia. Video direct appeals to the government are popping up on YouTube and other social media from ordinary citizens.