A new thin-film technology has been developed that can turn an ordinary window into a power-generating solar cell. 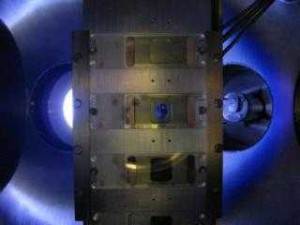 Inside of film-deposition chamber (from Physorg.com)

The Norwegian company EnSol AS, in collaboration with scientists from the University of Leicester Department of Physics and Astronomy in England, are developing a commercial process for large-scale, clean energy production, according to Physorg.com.

Binns said the film is different from silicon-based solar cells, with the primary advantage that it is transparent and can be applied through standard spray-on techniques. The base material is built at EnSol AS and the nanoparticles are fabricated at Leicester.

Researchers described the film as being “composed of metal nanoparticles embedded in a transparent composite matrix.” The nanoparticles are about 10 nanometers wide.

But the researchers also said the film could be applied to any construction surface and could turn whole buildings into clean power generators.

“The coating would be built into the windows or other materials as part of the manufacturing process,” Binns said. “It could even be used on the roofs of cars to charge up batteries – although powering the vehicles themselves would probably be pushing it.” 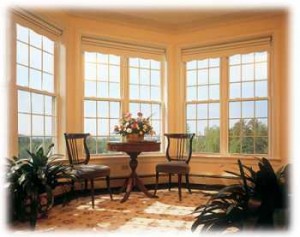 The film could be coated onto roof tiles to form an interlocking grid of solar cells. Windows coated with the film would only receive a slight tint.

“The basic cell concept has been demonstrated, and it will be the objective of this research and development project to systematically refine this PV (photovoltaic) cell technology to achieve a cell efficiency of 20 percent or greater,” a spokesperson for EnSol AS told Physorg.com.

Prototypes are currently being developed and tested with a goal of commercial manufacture by 2016.

“Photovoltaics are destined to form a key power generating method as part of a low carbon economy and the new technology will bring that a stage closer,” Binns said.

New technology that could turn every house window in Britain into a solar panel
Mail Online, Aug. 10, 2010