The Catholic Church attacked the revolutionary 16th century idea that Earth actually revolves around the sun. Some conservative Christian groups continue to rail against the Theories of Evolution and Natural Selection. 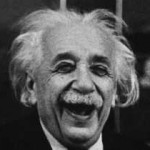 Einstein might get a good chuckle about "liberal conspiracy" allegations

Many believe the Earth is only about 6,000 years old, despite evidence that it is over 4.5 billion years old. And the war between religion and science just took another weird, political turn.

The website Conservapedia has declared that Albert Einstein’s Theory of Relativity is a liberal conspiracy, according to TPMMuckraker.  Andy Schlafly, son of anti-abortion activist Phyllis Schlafly, founded Conservapedia.

In its “Counterexamples to Relativity” website, Conservapedia says, “The theory of relativity is a mathematical system that allows no exceptions. It is heavily promoted by liberals who like its encouragement of relativism and its tendency to mislead people in how they view the world.”

The site lists 28 separate “examples,” some backed by scripture, of why Relativity is incorrect.

A footnote in the Conservapedia site adds, “Virtually no one who is taught and believes relativity continues to read the Bible, a book that outsells New York Times bestsellers by a hundred-fold.”

The site does not, however, give any of the numerous experimental verifications of the theory. 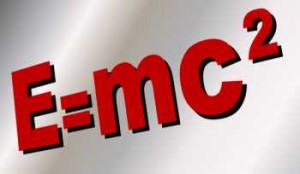 New Scientist magazine picked up on the story and called the “liberal conspiracy” completely baseless, and said there is absolutely no reason to associate the Theory of Relativity with the philosophy of relativism.

The New Scientist article also said that fundamentalist groups selectively use Einstein’s ideas and theories acceptable to their beliefs, such as the famous quote, “God does not throw dice,” while ignoring that Einstein did not believe in a personal god.

Conservapedia gives some strange counterexamples to relativity. One cites Genesis 1:6-8 in which God created a firmament in the heavens, which the site equates with the “aether.”

The Michelson-Morley experiment in 1887, and further experiments in the 1950s, largely disproved the existence of aether. 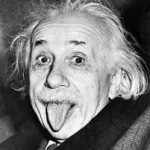 In another example citing John 4:46-54, the site claims that Jesus was able perform deeds through “action-at-a-distance,” or instantaneous action, and that would violate Einstein’s theory that nothing can travel faster than light.

New Scientist pointed out that action-at-a-distance, however, happens all the time during the quantum entanglement of particles.

Einstein’s General Theory of Relativity revolutionized the way scientists understand light and how massive objects in the universe interact through gravity.

The theory was successfully used to explain the motion of Mercury more accurately than Newton’s laws could. Relativity also explained the deflection of light by gravitational fields.

New Scientist pointed out that even though General Relativity has passed many tests, most physicists don’t believe it is ultimately correct because it conflicts with quantum mechanics.

But physicists are working hard to wrap gravity and the three other fundamental forces into a “grand unified theory” through such ideas as String Theory and Supersymmetry.

VIDEO: Gravity – From Newton to Einstein – The Elegant Universe?

Relativity: The Special and the General Theory
By Albert Einstein