While the rest of the world was waiting around for that better mousetrap, researchers at the Massachusetts Institute of Technology developed a startling breakthrough in battery technology. 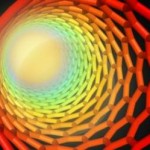 A team led by Dr. Michael Stano has designed minuscule “nanotubes” coated with a chemical fuel that can act as a power source with 100 times more electrical power by weight than conventional batteries.

Strano is the senior author of a paper detailing the discovery that appeared Sunday in the journal Nature Materials. The lead author is Wonjoon Choi, a an MIT doctoral student in mechanical engineering. 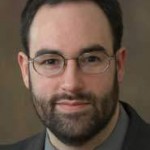 The paper was posted online at MIT News.

The team coated their microscopic nanotubes with a chemical fuel known as cyclotrimethylene trinitramine.

“One property that nanotubes have is that they conduct heat very, very well along their length, up to a hundred times faster than in metals,” Dr Strano said in an interview with BBC News.

“We asked what would happen if you perform a chemical reaction near one of these, and the first thing we found is the nanotube will guide the reaction, accelerating it up to 10,000 times.” 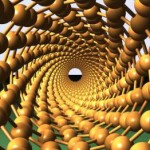 The key ingredients in the recipe are the carbon nanotubes, submicroscopic hollow tubes made of a chicken-wire-like lattice of carbon atoms. These tubes, just a few billionths of a meter (nanometers) in diameter, are part of a family of novel carbon molecules, including buckyballs and graphene sheets, that have been the subject of intensive worldwide research over the last two decades.

Nanotechnolgy and Development News, a department at the Meridian Institute, explained the process:

“The team found that when a carbon nanotube is coated with a layer of reactive fuel, and then ignited, the result is a fast-moving thermal wave traveling the length of the nanotube. The heat produced by the combustion will then push electrons along the tube, creating an electrical current.

“The energy produced by this novel system puts out energy, in proportion to its weight, which is about 100 times greater than an equivalent weight of a lithium-ion battery. (Strano said) the phenomenon “…opens up a new area of energy research, which is rare.” 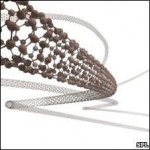 Because this is such a new discovery, Stano said in an MIT press release, it’s hard to predict exactly what the practical applications will be. But he suggested that one possible application would be in enabling new kinds of ultra-small electronic devices—for example, devices the size of  grains of rice, perhaps with sensors or treatment devices that could be injected into the body. Or it could lead to “environmental sensors that could be scattered like dust in the air,” he said.

In theory, he said, such devices could maintain their power indefinitely until used, unlike batteries whose charges leak away gradually as they sit unused. And while the individual nanowires are tiny, Strano suggested that they could be made in large arrays to supply significant amounts of power for larger devices.

A reaction wave travels across a centimeter-long bundle of carbon nanotubes in 100 ms, consuming the energetic fuel with which they are coated. The reaction is initiated by a pulse of heat at the right side, in this case a small butane flame.