And we thought we knew Earth’s mountains. Nope. 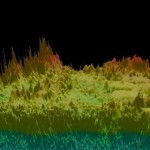 Scientists at the International Polar Year conference in Norway this week revealed startling new images of the Gamburtsev Mountain Range of Antarctica, a huge and mysterious “ghost range” buried beneath more than a mile of ice.

The images are the result of radar technology, and reveal a dramatic landscape of rocky summits, deep river valleys, and liquid, not frozen, lakes, all hidden beneath the ice. The range itself rivals the Alps in size and cover an area that is roughly the size of New York State. 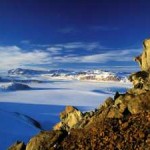 “What we’d shown before was an estimate based on gravity data — a little bit of a coarse resolution tool,” said Robin Bell, a senior research scientist at Columbia’s Lamont-Doherty Earth Observatory in New York. “What we showed at this meeting was the radar data. It’s like going from using a big, fat sharpie to using a fine-tipped pencil.”

Flying twin-engine light aircraft the equivalent of several trips around the globe and establishing a network of seismic instruments across an area the size of Texas, a U.S.-led, international team of scientists in 2009 not only verified the existence of the mountain range, which is thought is to have caused the massive East Antarctic Ice Sheet to form, but also has created a detailed picture of the rugged landscape. 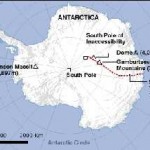 “Our seven-nation team has produced detailed images of last unexplored mountain range on Earth,” said Michael Studinger, of also of Columbia University’s Lamont-Doherty Earth Observatory and the co-leader of the U.S. portion of the Antarctica’s Gamburtsev Province (AGAP) project.

The Gamburtsev Mountain Range (also known as the Gamburtsev Subglacial Mountains) is a subglacial mountain range located in Eastern Antarctica. The range was discovered by the Third Soviet Antarctic Expedition in 1958 and is named for Soviet geophysicist Grigoriy A. Gamburtsev. 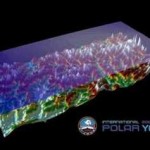 It is unknown how the mountains were formed, though the current speculated age of the range is over 34 million years and possibly 500 million years. Current models suggest that the East Antarctic ice sheet was formed from the glaciers that began sliding down the Gamburtsev range at the end of the Eocene.

The introduction of the new images stole the spotlight at the International Polar Year Conference in Oslo, Norway.

At what was said the biggest polar scientists meeting ever held, the participating scientists were expected to present their latest findings about the climate change in polar regions.

The changes in the polar region, the polar ecosystem, the human dimension of change and linkage between polar regions and global ecological systems, were the main topics at the conference.

Dispatches from the Bottom of the Earth: An Antarctic Expedition in Search of Lost Mountains Encased in Ice
Scientific American, Nov. 12, 2008

3 thoughts on “Scientists unmask ‘Ghost Mountains’ of Antarctica at last”