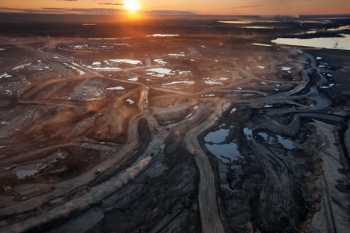 Canada’s oil sands industry may be set for a huge expansion after California Democratic Reps. Nancy Pelosi and Edward Markey met with Canadian officials on Sept. 8 and 9, even as environmental and indigenous activists stepped up their criticism of the plans. 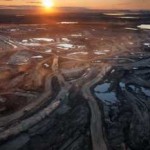 Canada is the largest exporter of crude oil to the U.S., and Alberta’s Premier Ed Stelmach claimed that over 340,00 jobs will be created in the U.S. alone over the next five years from oils sands development, according to Nanaimo Daily News.

Yet in a letter to Pelosi and Markey, who chairs the House Energy Independence and Global Warming Committee, activists cited several recent studies showing dire environmental impacts from oil-sands mining on caribou and bird populations, forests and public health.

Of particular concern to activists is the proposed TransCanada Keystone XL pipeline that would send oil from Alberta to Texas.

The pipeline “would be both a cause and a symptom of a failure to address climate change and to reduce oil consumption. These failures would make us less secure, as they would lead to conflict and economic risk,” the groups wrote.

By some estimates, caribou herds have shrunk to about one-tenth of their largest size — and biologist Stan Boutin told CBC News that some herds may disappear completely by 2030.

Caribou try to avoid these man-made structures — and become more susceptible to predators.

Three aboriginal groups added that allowing caribou herds to die off would violate their treaty rights to hunt for sustenance.

Another report found oil sands tailing ponds are responsible for killing over 30 times more birds than the Canadian government claims.

Ecologists said that over 1,900 birds died every year because they were “oiled” in the ponds — but those numbers could be far higher because the study didn’t count birds that were oiled at night or those that had sunk to the bottom of tailing ponds.

A June 2010 Newsdesk.org story also reported on high levels of arsenic, mercury and other toxins in fish, a regional dietary staple, that critics linked to oil-sands development.

In Fort Chipewyan, in northeast Alberta’s oil-sand region, one researcher said cancer rates are 30 percent higher than the regional average, a statistic that was disputed by the local health department. 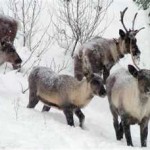 Oil sands extraction requires huge amount of water and energy to produce a single barrel of synthetic crude, with over 23 billion cubic feet diverted from local rivers to aid in extraction, according to Business Insider.

Other reports suggest that hydrocarbon and greenhouse gas emissions from oil sands development are significantly higher than government reports claim.

The province of Alberta is estimated to contain over 171 billion barrels of oil spanning an area of over 54,000 square miles.

Nancy Pelosi Is Headed To Canada And May Shut Down America’s Next Big Oil Source
Business Insider, Sept. 10, 2010

Way up north, another kind of oil controversy
Newsdesk.org, June 3, 2010