The great news in California’s High Sierra this January is that its fabled snowpack, for years underfed by an apparently vengeful Skadi, is almost back to normal after a week of roiling storms left some measuring stations over 100 percent of what is normal for an average April. 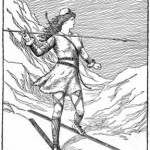 That means come the spring, the waterfalls tumbling into Yosemite Valley ought to be spectacular — awesome perhaps. That might not be so good for the park, because as sure as the waterfalls tumble, the people come tumbling after. Last year, 3.7 million tumbled in, re-creating epic traffic jams not only in the Valley, but in the higher elevations such as Tuolumne Meadows.

“The primary focus of a visit to Yosemite is the enjoyment and understanding of its natural values—the geology, flowers, trees, birds, and communion with nature at its grandest,” intoned the Sierra Club on its Web site. “Yosemite is a National Park, not a resort.”

The last time Yosemite had more than 3.7 million visitors was in 1998. Following that year, 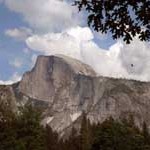 visitation began to decline, falling to just over 3.3 million in 2006. Since that time, the number has grown.

The increase in 2009 is nearly across the board, park officials said, with the exception of last February and March. Every other month of the year saw an increase in visitors.

The largest group came in August, when some 666,000 people visited Yosemite. The next busiest month was July at 608,567, followed by June at just over a half-million. The slowest month for the last year was February, when just 82,140 people entered the gates.

This year, following on the heels of the 2009 flood of people, Yosemite is likely to have a grand year.

By Jan. 10, snowpack levels along the Yuba and American River basis was nearly at 100 percent for the year, according to the California Department of Water Resources. Tioga Pass was at 51 percent of the season normal, the same as the snow levels at Tanaya Lake.

The trick, as always, is managing the throngs.