A promise by the South African government to fund an ambitious, $2 million arts project in connection with next summer’s World Cup has gone the way of the wind. 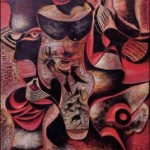 Also gone is the 2010 World Cup task team for arts and culture, which was to coordinate arts-related events for the government’s Arts and Culture Department. It received at least 160 World Cup-related funding applications from organizations and events as diverse as the National Arts Festival in Grahamstown, the Market Theatre in Johannesburg and a Free State-based war museum.

But by late January, the money was not on hand.

The Mail & Guardian Online, based in South Africa, reported that the arts and culture director-general, Themba Wakashe, has instituted an internal investigation in the department. Two officials have been suspended in connection with the alleged disappearance of money from the World Cup budget.

As for the proposed events, the Mail & Guardian reported that the most important loss would be a 15-day National Arts Festival, which would coincide with the FIFA tournament in June. Festival chief executive Tony Lankester said: “We have had no official feedback at all. We asked for a one-off grant that would enable us to run a longer festival, to put in place other heritage and legacy projects in the Eastern Cape and to do a lot more aggressive marketing to international audiences. With every day that passes, we are missing out on the potential of harnessing the World Cup economic boom for the province.”
The World Cup soccer tournament is the second largest sports event in the world, behind the Summer Olympics. Like the Olympics, it is held every four years. In all, teams from 208 countries will play at 10 venues between June 11 and July 11, ending with a final at the Soccer City stadium in Johannesburg, which seats 94,900. 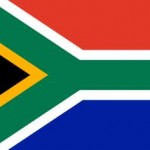 Since the announcement by FIFA, the world soccer’s governing body, that South Africa would host the World Cup, the country has been plagued by a number of issues, including a 2009 strike by construction workers, consistent rumors about a possible re-location of the World Cup from South Africa and continuing protests over the “relocation” of up to 20,000 shackdwellers along the country’s freeways.

The hit to the arts stretches across all artistic disciplines, including theater. Market Theatre artistic director Malcolm Purkey said that the venue had decided to present a South African theater festival at Grahamstown, hosting works by Athol Fugard, Barney Simon, Mbongeni Ngema and John Kani, as well as more recent work by the likes of James Ngcobo.

Purkey said that the 10 productions were “utterly dependent on money from the 2010 project.”