In a one-on-one interview with my Kindle this past weekend, I hardly had spat out the word “iPad” when the little Amazon gizmo shrugged, closed its eyes in mock despair and ran off a battery (a-hem) of observations. It almost sounded rehearsed—as if Jeff Bezos himself were honking, face-to-face with a self-satisfied Steve Jobs. 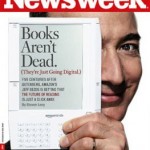 This wasn’t a discussion about computing, although the little Kindle did mention, offhand, that it was surprised the iPad was not going to come with any USB or Firewire ports, that, like its iPhone brethren, it was not going to support Flash, that it was going to offer only the Safari browser (and continue to eschew the superior Firefox) and so on.

Rather, we concentrated on the book-reading and shopping experience exclusively

By the end of the conversation, I myself was exhausted, but the Kindle just shrugged again, went to sleep and offered to come back in five days. 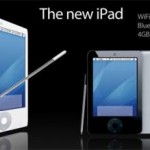 If the Kindle seemed overly confident, it was understandable. First up was the subject of E-ink on a gray background. Anyone who has tried to use a backlit computer outside in sunlight, or in a bright room, is familiar with the drill: Find shade fast, close the drapes, adjust the eyes and you’re good to go. With E-ink, outdoors is fine. Bright rooms are fine. In dark rooms, switch on a light. Why, it’s almost just like a book, except that when you want to stop reading that particular book and pick up another one, you don’t have to rise from your chair.

The first iPads are to use an LED-backlit LCD screen. That means a backlight is always shining in your eyes. Ycchh.  I find that tiring, particularly after sitting in front of a backlit screen all day.

E-readers mostly use electrophoretic screens, which have no light source. Like paper, they rely on light bouncing off the screen, which makes them easier on the eyes. They are great in a bright room or even with direct light on them, which is why I bring my Kindle to the rooftop garden where I frequently eat my box lunch on weekdays.  They also have a far superior better battery life than an LCD screen.

Electrophoretic screens also are notably lighter. The Kindle 2 weighs about 10 ounces, and the smallest Sony reader is less than 8 ounces; the iPad is 1.5 pounds, and if you’re a BART straphanger, as I am, that’s a world of difference.

As for the bookstore itself, I don’t know. But here’s what I do know, and that’s that Apple’s movie store can’t match Netflix, no way no how. Given that, I’m not encouraged that Apple is going to match the Amazon Kindle store, no way no how.

So yeah, iWant an iPad, sure. I’m hopeless. But not to replace my ol’buddy, the Kindle.