Crews battling warm temperatures and lack of snow at Winter Olympic venues near Vancouver, B.C. are turning to a harmless plant pathogen to help create snow and save what little snow and ice they have. 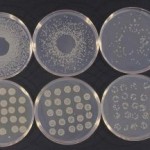 The pathogen is called Pseudomonas syringae, which, according to Scientific American, infects wheat, corn and other crops. It is considered a pest because it can cause crop damage if temperatures drop below freezing.

But the crews who make artificial snow at ski areas love the little microbe’s properties for exactly the same reasons. The microbes used at most ski areas are dead, but they still carry the ability to bind water in such a way that water droplets freezing around a microbe result in a lattice formation similar to ice. As a result, bacteria can help snow form at warmer temperatures than would otherwise be the case. 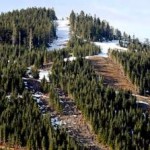 “It got so warm that I don’t think we could have made snow without it,” said Ed Marshall, former managing director of Kananaskis Country in Alberta, adding that Calgary used the same substance in the 1988 Winter Games.

The Olympics are scheduled to begin Feb. 12 and continue through Feb. 28. Long range forecasts are not promising, with more warm weather and rain on the horizon. That’s where chemistry comes in. 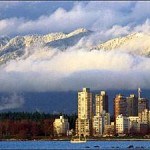 Pseudomonas syringae has the interesting property of ice nucleation, meaning it can cause water to freeze at temperatures as high as -1.8 °C or 29 °F.

Vancouver typically has a climate much like Seattle but lack of snow on the North Shore Mountains is highly unusual. This January being one of the warmest months on record.

Here’s a snow machine at Whistler-Blackcomb, one Olympic venue: