The route to Machu Picchu is open again, two months after devastating rains wiped out the main rail route from Cuzco and damaged the famous Inca Trail. 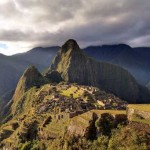 The rains, in January, also stranded 2,000 tourists at the world-famous archaelogical site. The tourists were airlifted out, but 2,000 local residents found themselves suddenly without an economy. Machu Picchu itself reopened in late February, but hardly anyone from the outside could get there.

“This incident with the train to Machu Picchu has definitely had an impact on us,” said Bernard Schleien, director of Latin America For Less travel agency, in an interview with the BBC. “I would say our sales have been reduced by 50 percent.”

About 90 percent of Peru’s tourist revenue comes from the Cuzco region. In the two-month closure, officials estimate the region lost 60,000 visits.

The local chamber of commerce said more than half the population of the regional capital, Cuzco, works directly or indirectly in tourism.

On April 1, the first trainload of visitors arrived in Aguas Caliente, including actress Susan Sarandon. The January landslides and flooding destroyed the rail line that takes most tourists from Cuzco. 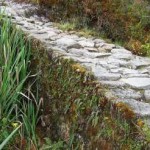 The rains also closed the Inca Trail, a four-day trek to Machu Picchu that’s considered one of the world’s most iconic hiking routes. The trail passes through several types of Andean environments including cloud forest and alpine tundra. Settlements, tunnels, and many Incan ruins are located along the trail before ending the terminus at the Sun Gate on Machu Picchu mountain. The two longer routes require an ascent to 12,010 feet  above sea level.

All is not back to normal, however.

Track repairs will continue through June. In the meanwhile, visitors are asked to  first board a bus for a two-hour ride from Cuzco to Piscacucho, then continue by train for another ninety minutes to the Aguas Calientes station.

Luggage has been limited to one small bag or backpack per person.

Hikers can again access the Inca Trail, but they must return by rail, and parts of the trail are still affected by storm debris.

It’s worth the effort for many.

Situated nearly 8,000 feet above sea level and surrounded by dense jungle, Machu Picchu was declared a Peruvian Historical Sanctuary in 1981 and a UNESCO World Heritage Site in 1983. Since it was not plundered by the Spanish when they conquered the Incas, it is especially important as a cultural site and is considered a sacred place.

The Incas built Machu Picchu around 1450, at the height of the Inca Empire. The Incas abandoned it just over 100 years later, in 1572, as a belated result of the Spanish Conquest.  Anthropologists, archaeologists and other scientists believe  that most of its inhabitants were wiped out by smallpox before the Spanish conquistadores arrived in the area. There is no record of the Spanish having visited there.

VIDEO: The flood at Aguas Caliente and evacuation (Al JezeeraEnglish)