China and Nepal did little to demystify the tallest mountain on earth on April 8, when the two countries finally—finally—agreed how tall Mt. Everest actually is. 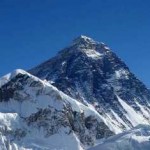 They agreed that the mountain, which traverses the border of the two countries, should be meters 8,848 meters tall (29,029 feet) above sea level. So, everyone agreed? No. The U.S. Geological Survey uses a different measurement, based on a 1999 GPS survey that puts the height at 8,850 meters.

Nor did the two countries agree on the name of the peak. English speakers recognize the name Mt. Everest, but it is also known as  Qomolangma Peak (Tibetan), Mount Sagarm?th? (Neapli), Chajamlungma (Limbu), Zhumulangma Peak (Chinese: Zh?mùl?ngm? F?ng) or Mount Chomolungma. 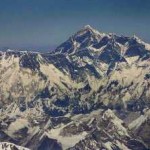 During talks in Kathmandu, China relented.

The dispute over the height of the mountain goes back many years. 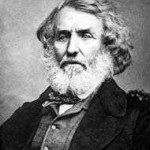 The Great Trigonometric Survey of India established the first published height of Everest, then known as Peak XV, at 29,002 feet (8,840 meters) in 1865. One year later, the Royal Geographical Society gave Everest its English name on the recommendation of Andrew Waugh, the British Surveyor General of India at the time. He argued that Peak XV should be named after George Everest, his predecessor as Surveyor General of India.

Weirdly, Everest’s height, measured in feet, was calculated to be precisely 29,000 feet, but was publicly declared to be 29,002 because scientists wanted to avoid the impression that an exact height of 29,000 feet was not a rounded estimate.

Take nothing for granted, not even the height of Mt. Everest
Digital Journal, March 8, 2010