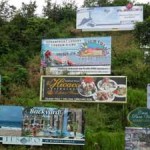 “Costa Ricans have given the name ‘ant development’ (desarrollo hormiga) to this pattern which, when taken as a whole, may cause environmental and aesthetic deterioration of a destination,” said the report by the Center for Responsible Travel (CREST)—a non-profit organization with offices in Washington, D.C. and Stanford, Calif.

In addition, researchers in both the United States and Costa Rica said the prospect of cruise-ship traffic along the coast is an all-advised strategy toward building the local economies. 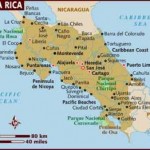 The multi-dimensional study, 113 pages long (the report, in PDF form, is here) and carried out over two years, assessed the growth, trends, and impacts of tourism and tourism-related development along Costa Rica’s Pacific coast.

The region in question stretches from Guanacaste (including the Nicoya Peninsula, Gulf of Papagayo, and Liberia) in the north through to the Central Pacific (including Jaco, Quepos-Manuel Antonio and Puntarenas) down to the Osa Peninsula and Golfo Dulce in the south. 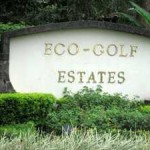 It compared the increasingly dominant models of coastal and marine tourism, which since 2002 has been characterized by large resorts, vacation homes and cruise tourism.

At risk, the study’s authors say, is Costa Rica’s “widely acclaimed model of ecotourism and sustainable tourism” that has evolved over the last two decades. 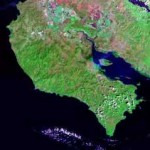 The research traced the origins of this coastal transformation from the 1970s to the present, with particular focus on the real estate and construction boom and bust (caused by the international economic crisis) from about 2002 to 2009.

This project was originally conceived at the launch of the Peace with Nature Initiative in mid-2007, when CREST heard from leaders in government, tourism, and civil coast society concerns about the lack of integrated data and on-the-ground analysis of the fast-paced real estate boom and tourism-related development underway along Costa Rica’s Pacific coast. 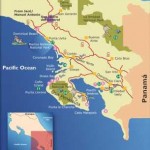 The construction boom’s impact on the Osa Peninsula received particular attention. The peninsula, on southern end of the country’s Pacific coast, is one of the 25 most biodiverse places on the planet, the report asserted, and is home to 2.5 percent of the world’s species.

The report offered 10 recommendations to the government of Costa Rica, including a rejection of a proposed international airport on the Osa Peninsula and strict enforcement of building standards at the Gulf of Papagayo.

“While the Four Seasons Resort has proactively met some of these best practices,” the study said, other Papagayo resorts have blatantly violated regulations on waste disposal and protection of beaches, mangroves, and coral.”