Yosemite National Park, the gemstone of John Muir’s “Range of Light” in California’s Sierra Nevada, has agreed to a $4.4 million solar panel installation at its El Portal entrance. 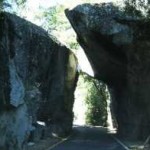 The 539-kilowatt photovoltaic generation system, which will be constructed this summer, is funded by the American Recovery and Reinvestment Act.

Once completed, the project will be the largest grid-connected photovoltaic system in the National Park System and will double the electricity produced through renewable energy for the Pacific West Region of the National Park Service, officials said. Currently there are 58 sites in the region. 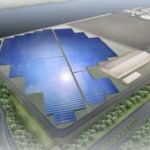 The rooftop and shade structure mounted solar panels are expected to generate approximately 800,000 kilowatt hours of electricity annually.  This will result in almost a 12 percent savings on electricity purchased off the grid. At an average cost of about 13 cents per kwh, the arrays would save about $104,000 a year on electricity bills.

“This project exemplifies how Yosemite, the Pacific West region, the National Park Service, the Department of the Interior and the President are trying to lead the way in making our facilities climate-friendly,” said Secretary of the Interior Ken Salazar in a press release.

Solar Energy In Yosemite
MyMotherLode.com, May 18, 2010