South Africa’s state-owned and fickle electrical grid is likely to come under intense pressure during the June 11-July 11 World Cup soccer tournament, as hundreds of thousands of fans pour into the country during the dead of the Southern Hemisphere winter. 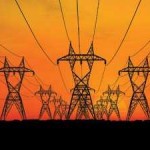 The grid, operated by the state-owned Eskom, already has worked with the United States and the International Atomic Agency to find ways to protect itself against terrorist strikes. But one strike it may not be able to prevent is a threatened walkout by the National Union of Mineworkers, beginning Wednesday, May 26.

The threat created uncertainty about power supply during next month’s soccer tournament, although Eskom has said that it would have enough electricity. It has not said how it would counter a strike by a union that represents about 16,000 of its more than 35,000 employees. 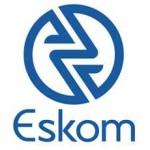 Eskom this week declined to comment on the union’s threats, saying in a press release that it was not in a position to do so as negotiations were under way. “We may very well comment once these have been concluded,” the utility said.

Eskom’s recent past history has been nothing if not spotty.

In the latter months of 2007 South Africa started experiencing widespread rolling blackouts as supply fell behind demand, threatening to destabilize the national grid. With a reserve margin estimated at 8 percent or below, the utility instituted a program of “load shedding,” that is, an intentionally-engineered electrical power outage.

Rolling blackouts are a last resort measure used by an electric utility company in order to avoid a total blackout of the power system. They are usually in response to a situation where the demand for electricity exceeds the power supply capability of the network.

In February 2008 , blackouts were temporarily halted due to reduced demand and maintenance stabilization. This drop in demand was caused by many of the country’s mines shutting down or slowing to help alleviate the burden. However, regularly scheduled mandatory load shedding started in April 2008, to allow maintenance periods of power generators, and recovery of coal stockpiles before the winter, when electricity usage is expected to surge.

The situation for the World Cup thus has caused officials to plan for worst-case scenarios. Under the worst circumstances, Eskom will ask South Africans  to turn off everything but one TV—so they can continue to get updates—and one light.

In a press release, Eskom sought to downplay the situation.

“Although electricity supply is expected to be sufficient over this period, cold winter temperatures combined with high electricity demand is likely to place Eskom under additional pressure,” the utility said.

Even so, the labor issues with the union threaten the fragile system. 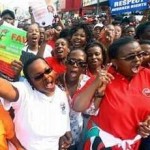 The union’s strike would be illegal because the utility’s employees are an essential service and cannot go on strike. But union spokesman Lesiba Seshoka this week said the workers would go on strike despite the prohibition.

Meanwhile, a workers’ strike against the country’s transport sector, which this spring paralyzed the country’s ports and railways continued to be unresolved as of Friday.

The strike, in its second week, has curbed exports of metals, cars, fruit and wine to Europe and Asia as well as imports of vehicle parts and fuel supplies just three weeks before the start of the World Cup.

Economists have estimated losses in the hundreds of millions of rand, but this could rise to billions if the strike drags on, and it may take weeks to clear the backlog at the ports.