Don’t be afraid of getting dirty—it might just make you healthier, less stressed and more intelligent. 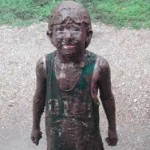 A recent study found that mice fed a common, harmless bacteria found in soil were able to navigate mazes about twice as fast than mice who didn’t eat it—an indication of increased learning ability, according to an article in New Scientist.

Dorothy Matthews of the Sage Colleges in New York state fed small amounts of Mycobacterium vaccae-laced white bread and peanut butter to some mice versus no bacterium in another population.

The article said mice administered the bacteria also “showed less behavior that indicates anxiety, such as grooming and searching.”  Exposure in humans to the bacteria might also have the same effect, according to Matthews. 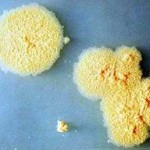 “This research suggests that M. vaccae may play a role in anxiety and learning in mammals,” Matthews was quoted in a psyorg.com article. “It is interesting to speculate that creating learning environments in schools that include time in the outdoors where M. vaccae is present may decrease anxiety and improve the ability to learn new tasks.”

The study determined that the increased capability of bacteria-fed mice lasted for about four weeks after the last exposure.

Mycobacterium has been researched for several decades as a potential cure for both physical and neurological problems. 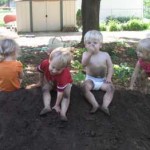 Their patent suggests “M. vaccae and appropriate derivatives may be used in regulating anxiety, panic and eating disorders.”

It might also be used as a treatment for schizophrenia.

The bacteria is thought to improve learning and decrease anxiety because it stimulates the growth of some brain neurons resulting in increased serotonin production.