Humanity has long sought to put a person on Mars, but it might only be possible if astronauts can stand each other long enough to make the journey there and back. 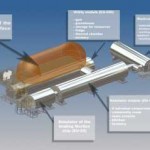 That’s just what an experiment launched on June 3 in Moscow is aiming to figure out, according to The Moscow Times.

A team of scientists and psychologists locked six men for a possible 520 days in a system of cylindrical, windowless, interconnecting tubes to simulate a flight to Mars.  If successful, it will be the longest isolation experiment ever conducted, according to Space.com.

This is the third phase of the experiment.  An earlier experiment lasted 105 days.

The experiment, called “Mars500,” aims to determine the long-term impacts of isolation, confinement, cramped living quarters and the “effects of space” on human physiology and psychology.

The six-man team of three Russians and one man each from France, Italy and China will follow a strict dietary regiment and be under constant watch by a team of psychologists who will observe them on a system of about 40 cameras.

Engineers believe a trip to Mars would take about 250 days to get there and 240 days to fly back given current technology.  For the “Mars500” experiment the men will be locked in for an additional 30 days for simulated Mars exploration.

During the “trip” the men will conduct over 100 experiments during their days in the modules, which will be split into eight hours of work, eight for sleep and eight for leisure. 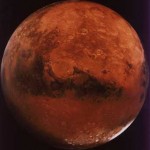 After 250 days members of the team will “explore Mars” for 30 days. It’s actually a separate module specifically designed to appear like the Martian surface.

Obviously, the scientists will not truly be able to study the long-term effects of gravity on muscle atrophy, but other simulations try to imitate it.  Thirty days before they reach Mars, they will sleep in slightly tilted beds to increase blood flow to the head, an effect due to lack of gravity.

A surgeon has been included in case of any emergency, as well as a psychologist and engineers.  They are able to communicate with the outside world through the internet, but that communication will be delayed by up to 20 minutes in order to simulate the long distance traveled. 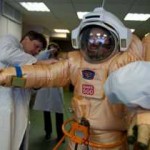 These types of experiments have had issues in the past.  A similar experiment in 1999 – 2000 at the same Moscow institute went wrong when a Russian male tried to forcibly kiss a Canadian woman, according to The Moscow Times. This may be one of the reasons only men were considered for the experiment.

The same article said a fistfight also broke out in the 1999 – 2000 experiment leaving “blood-stained walls.”

“Mars500” is conducted by Moscow’s Institute for Medical and Biological Problems in collaboration with the European Space Agency.