Most reality shows tend to document 20-somethings in compromising situations, passed out from nights of drinking and catty fights over gossip.

But, what about a reality show about peace in the Middle East? 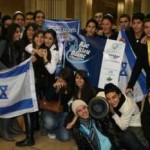 Can these Israelis find the answer for peace?

For three weeks, six Israeli and Palestinian 18-year-old teenagers will have to co-exist together, living under one roof in Friuli.   The teenagers have not been selected for the show yet.   A mentor will also be available to assist the participants.

Once they are selected, they will be filmed in September, discussing and learning how to negotiate and possibly achieve a peace plan. 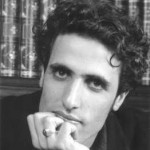 “We are not going to make trash TV,” show director Mohamed Ulad-Mohand told The Guardian.  “We will try to take part in discussions between young people, Israelis and Palestinians, who will be socializing for the first time.”

“These young people born in the hope of peace have known only conflict.”

It is reported that France5, a television network, will broadcast the show called “Agreements of Marseilles.”

According to an opinion survey conducted this March by The Harry S. Truman Institute For the Advancement of Peace in Jerusalem, 71 percent of the Israelis and 57 percent of the Palestinians surveyed are in favor of a “two-state solution.”  The adult participants, according to the survey, were randomly selected in March.

On May 31, the Israeli Defense Forces raided and stopped the Mavi Marmara, a humanitarian aid ship headed for Gaza.  Many viewed the raid as a setback to the peace process between Israel and Palestine.  U.S. President Barack Obama called the incident a “tragedy.” 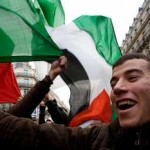 Can this Palestinian find the answer for peace, too?

“I think what’s important right now is that we break out of the current impasse, use this tragedy as an opportunity,” President Obama told CNN.

“Therefore, in order to be able to meet the requirements of both sides, what that peace plan should be about is a comprehensive package that addresses all issues, including territorial, settlements, refugees, Muslim holy places.”

According to the show’s director, seeing a peace agreement is not a priority for him.  “Reaching a peace agreement at the end of the show is not the most important to me,” show director Ulad-Mohand told Le Figaro.  “Especially the journey that these young people will come from political backgrounds, different geological and sociological considerations that count.”

“What is certain is any case is that we do not push them towards an agreement,” he added.

The Harry S. Truman Institute for the Advancement of Peace, March 2010