The “fetal rights” measure, approved by a Brazilian House commission mid-May, gives “absolute priority” to fetuses and extends constitutional rights to the “unborn.” 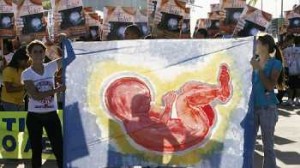 The Brazilian Penal Code deems abortion a “crime against life,” and it is currently legal only in cases of rape or if the mother’s life is in danger. If this bill is passed, however, any action that harms a fetus under any circumstance will become illegal. It would additionally prohibit any speech or statement that “promotes” abortion and would ban scientific research involving fetuses.

A recent Time report revealed that illegal abortions are extremely prevalent in the country; according to a study coordinated by economist Marcelo Medeiros, one in five Brazilian women undergo illegal abortions in their lifetime, which translates to between 500,00 to one million annually. Approximately 200,000 seek medical attention each year due to unsafe procedures.

“This bill is likely to cause more harm than good by deterring pregnant women from seeking the care they may need because they are afraid to be turned over to the police,” said Human Rights Watch‘s Marianne Mollmann. “The law threatens to subject everything women do or do not do during a pregnancy to criminal investigation.”

Luisa Cabal of the Center for Reproductive Rights agreed, “As a party to various human rights treaties, the Brazilian government is obligated to protect a woman’s human rights, including her rights to life (and) health. The draft bill proposed by the commission directly contravenes these rights by completely disregarding that the lives and health of a pregnant woman and her fetus are closely intertwined.” 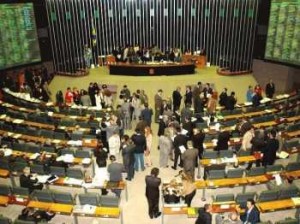 Brazil's Congress will vote on the fetal rights bill

Last year, the Catholic Church excommunicated a Brazilian nine-year-old who had an abortion after her stepfather impregnated her. Her family and abortion doctors were excommunicated as well, causing much controversy and debate in the overwhelmingly Roman Catholic country.

The two major party candidates in Brazil’s upcoming October presidential election have remained quiet about their views regarding reproductive rights. According to IPS, Dilma Rousseff, of the current president’s Workers Party, said last year that she opposed legalizing abortion though she sympathized, “it is not an easy thing for any woman.”

Candidate Jose Serra has not publicly expressed an opinion, though he is a member of the center-right Social Democracy Party which traditionally opposes abortion rights.

Abortions in Brazil, though illegal, are common
Time.com, June 2, 2010

On this International Day of Action for women’s health, center calls on Brazil to defeat unprecendented fetal rights bill
Center for Reproductive Rights, May 28, 2010

Moves to legalise abortion shut down by campaign
IPS, May 5, 2010