When in Moscow, do as the Muscovites do. 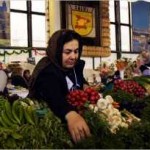 Migrants at the market

That’s exactly the sentiment Russian officials are attempting to implement through a new set of nonbinding behavioral guidelines for foreigners moving to Russia’s capital, according to The Moscow Times.

The “Muscovite Code” lays out suggested rules like speaking only Russian in Moscow, advises against wearing national attire and tells foreign residents to avoid slaughtering sheep in their apartment courtyards.

The “sheep clause” refers specifically to Muslim immigrants who may kill the animals during Islamic holidays.

Russian officials claim the “Muscovite Code” would ease tensions between local resident and migrants from different cultural and ethnic backgrounds, according to the Georgian Daily.

Mikhail Solomentsev, head of City Hall’s committee for interregional cooperation and national policy, announced the Code in 2008, but its drafting stalled. This new push means it could be completed by early next year.

“Moscow is a city where life is based on Russian culture, and everyone who moves here should take that into account,” Solomentsev said.

The guidelines are not mandatory practice according to the authors. The Code is being written by a combination of officials, scientists and people from across various countries and ethnic groups. 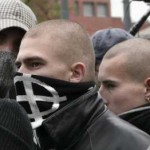 While some ethnic groups support the Code, many see it as something much more insidious.

Some groups say the “Muscovite Code” would trample the traditions of immigrants. Others say the Code is a result of anti-migrant sentiment among many native Russians.  Solomentsev has said there are too many migrants in Russia.

“This isn’t serious and only means that the [Moscow] government isn’t doing anything about interethnic relations,” Vartan Mushegyan, head of the Russian Union of Diasporas said in themoscownews. 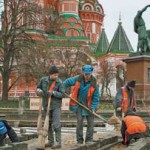 Diaspora groups worry that services directed toward migrants might be cut. There is also the fear that the “Muscovite Code” might spread across the country.

Large numbers of migrants from the Caucasus region and Central Asia flooded into Russia since the collapse of the Soviet Union. They serve as a source of low-cost labor across a number of occupations.

Nationalist sentiment in Russia has also grown, leading to increases in violent attacks against migrants.  There were 5,000 crimes committed against non-Russians in 2007, according to the New York Times.

Approximately 10 percent of Moscow’s population are from other nations.

VIDEO: Moscow to teach expats rules of the game