In an effort to familiarize young voters with Kenya’s draft constitution, a website has translated the document into the slang language Sheng.

The vernacular, which is a combination of English, Kiswahili, and various ethnic languages, is so prevalent in the country that many—young and old alike—can no longer speak or write pure Kiswahili. 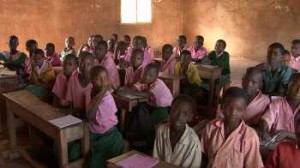 Shengnation.com converts the text of the Parliament-approved constitution(PDF 4.8MB), for which there will be a referendum on August 4, into Sheng, and translates common questions as well. The “Limits to the Enjoyment of Rights” section of the comprehensive guide, for example, becomes “Limits Za Haki,” and users can view the English and Sheng versions side-by-side or on their own.

Shengnation.com’s acknowledgment of the ubiquity of the slang is one of many recent examples of such recognition. In 2006, the Kenya Publishers Association Council began printing books in Sheng, declaring, “it can no longer be ignored by the Kenyan society.”

Earlier this year, Daily Nation printed an editorial praising the language for unifying the traditionally disconnected ethnic groups in the country. “The success of the Sheng language should not be ignored. It is deeply rooted in Kenya and snuffing it out is almost impossible,” they wrote. “Sheng plays a crucial role in uniting tribally torn Kenyans and should therefore be promoted by Kenyans in all spheres of life.”

Another Daily Nation editorial described the slang as a representation of culture’s “dynamic, organic” nature. “Five hundred years from now, an archaeologist or a historian may stumble upon a poem written entirely in Sheng, and will declare Sheng an indigenous Kenyan language,” they wrote. 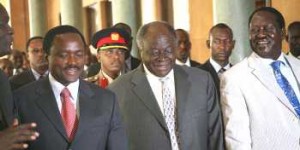 Like Shengnation.com, the website whive.com similarly translates the draft law into several ethnic languages and allows users to download these versions. “Because it is a social media tool available in vernacular, we are using it to push the constitutional debate amongst Kenyans who may not be too comfortable with English or Kiswahili,” said whive.com’s John Karanja in a Business Daily report.

Last week, Kenyan Prime Minister Raila Odinga and President Mwai Kibaki announced that they were willing to do whatever it takes to ensure that the draft constitution is passed. But with the influx of accessible, youth-friendly tools like Shengnation.com, they may not have to do much.  ?

VIDEO: Sheng a threat to Kiswahili

Culture can’t be captured in any constitution
Daily Nation, November 29, 2009

Why we should promote Sheng
Daily Nation, March 2, 2010