So maybe the idea of the mall in America wasn’t so good, after all. 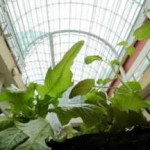 Maybe all the acres of asphalt, the proliferation of big-box stores and the subverting of streams and waterways into underground culverts wasn’t so cool, either.

“We’ve been building the suburbs with a lot of unintended consequences,” says Ellen Dunham-Jones, whose succinct, 20-minute lecture on “Retrofitting Suburbia” surfaced in June 2010 on the Ted.com website. It encapsulates and expands her thoughts in her 2008 book, “Retrofitting Suburbia: Urban Design Solutions for Redesigning Suburbs,” which she co-authored with June Wiliamson, who is on the architecture faculty at the City College of New York.

Dunham-Jones is director of the architecture program at the Georgia Institute of Technology (Georgia Tech) in Atlanta, and says undoing the suburban damage is the country’s most challenging 50-year sustainable design project. 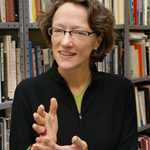 “We tend to think that downtowns should be dynamic, and we expect that,” she said in her presentation at the 2010 Tedx Conference in Atlanta. “But we seem to have an expectation that the suburbs should somehow remain frozen in whatever adolescent form they were first given birth to. It’s time to let them grow up.”

Her comments put an architectural spin, with architecture solutions, to what social critic James Howard Kunstler claims is “the greatest mis-allocation of resources in the history of the world.”

Her argument is based on the notion that what suburban people really want what they left behind, to wit, an urban experience.

Examples are springing up all over the place, she says, citing among others, Belmar, in Lakewood, Colo., where a 100-acre failed mall (or “dead mall” in mallspeak) was razed, then replaced by a scaled-down, 22-acre city center with a maze of sidewalks; a grid system of streets; and residential, retail, and office units stacked tightly atop one another.

Buildout at Belmar, scheduled for 2015, would contain 1,500 households. It as two-third buildout now, but it has inspired eight other Denver-area malls to announce retr0-fitting projects. 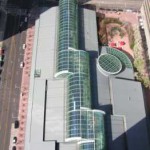 Some experts are touting this transformation – from dead mall to sustainable community – as a solution to the so-called “ghost box” syndrome, according to a 2009 report in Newsweek, which also cited Cathedral City, Calif., where a decaying strip mall has been reborn as a tree-lined boulevard, with increased pedestrian access and improved public transportation.

In Mashpee, Mass., on Cape Cod, planners have partially demolished a shopping center and are working to incorporate a “walkable village.” In Boca Raton, Fla., a mall was razed to make way for a multiuse area featuring both retail and housing.

The challenge for architects and city planners is to do it right, this time.

First is to plan with a 100-year view, at a “systemically at an urban level” and to drastically improve architectural design, she said.