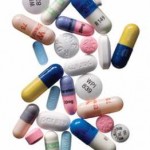 Antidepressants were not designed with the best interest of shrimp in mind.  In fact, the mood-altering drugs may hasten the deaths of the crustaceans.

Researches at the University of Portsmouth in England reported that shrimp exposed to the popular antidepressant fluoxetine were five times more likely to swim towards light, exposing them to predators like fish and birds.

Alex Ford and colleagues at the Institute of Marine Sciences exposed a particular shrimp, Echinogammarus marinus, to the same levels of antidepressants found in coastal waterways and rivers around England and observed the behavioral change.

The effect is worrisome, according to Ford.

“Crustaceans are crucial to the food chain and if shrimps’ natural behavior is being changed because of antidepressant levels in the sea this could seriously upset the natural balance of the ecosystem,” Ford said in a sciencedaily.com article. 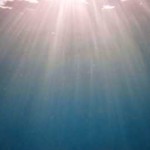 Alluring to shrimp on antidepressants

While antidepressants may help humans by increasing serotonin levels, their impact has the effect of driving many shrimp away from their bottom-feeding, darkness-seeking ways.

The drugs enter waterways through sewer systems and treatment plants that don’t filter them efficiently. The antidepressants are not broken down completely during usage and enter the water systems from human excrement.

Ford also said that high levels of caffeine found in coastal areas might have an effect on sea life.

“Much of what humans consume you can detect in the water in some concentration, Ford said. “We’re a nation of coffee drinkers and there is a huge amount of caffeine found in wastewater, for example. It’s no surprise that what we get from the pharmacy will also be contaminating the country’s waterways.”

Prescriptions of the antidepressant drugs are increasing in England. Over 26.3 million prescriptions were issued in England and Wales in 2002, according to the report.

“It is quite a new topic and there are so many drugs on the market,” Ford told The Portsmouth News.

He added that the effect of pharmaceuticals on sea life has largely been unexplored.