Australia’s Outback serves as a huge carbon sponge and can absorb even more greenhouse gases that cause global warming if its natural resources were just managed properly. 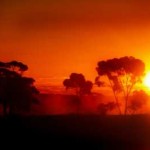 Over 1.3 billion tons of carbon could be scrubbed from the atmosphere by 2050 through a reduction of land clearance, promotion of native vegetation growth, wildfire management and lower overgrazing, according to a Pew Environment Group study (PDF 168 KB.)

That’s the equivalent of removing 7.5 million cars from the streets every year for the next 40 years.

“Due to its enormous size, the Outback environment is able to store huge amounts of carbon, so it serves as a massive pollution bank for Australia and the planet,” said Barry Traill, director of the Wild Australia Program, in a news release. “However, if the wide variety of its plants and trees continue to be cleared or degraded through poor management, stored carbon will be released into the atmosphere, adding to climate pollution.”

The study found that simple, cost effective management of the Outback would decrease overall emissions in Australia by 5 percent by 2030. Australia is the largest emitter of greenhouse gases per capita.

Researches surveyed 80 percent of the Outback (about 2.5 million square miles) and found that it already stores about 9.7 billion tons of carbon.

Most Outback ranchers said they would back new measures at sustainable land management, according to an Australian Broadcasting Corporation report. 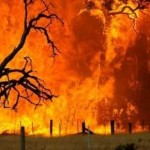 “I think there’s huge potential,” central Queensland cattle rancher Angus Emmott said to the ABC. “What I as a pastoralist would need is some kind of certainty about what it means and what kind of dollars are involved but I would definitely be keen to be involved once that became clear.”

But a larger problem may be the management of bush and forest fires. Australia could face a 300 percent increase of fires by 2050 if world leaders don’t sign comprehensive climate change legislation, according to Reuters.

Predicted average temperature increases over the coming decades would increase the frequency and severity of the naturally occurring fires that have torn across parts of Australia in recent years, experts said. 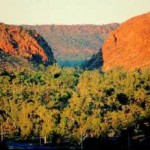 Advocates for better fire and land management say better ecological practices in the Outback would have another big advantage — more jobs.

“To make the cuts in damaging greenhouse emissions that the science says are necessary to limit the impacts of climate change, Australia must take advantage of these practical solutions that are cost effective and available now,” said Michael Looker of the Nature Conservancy in Australia.