Despite eating healthy meals, a stressful workplace and lack of exercise can contribute to weight gain, a recent study concluded. 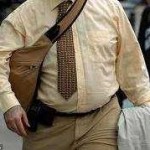 Obesity is on the rise for workers

The study, led by researchers at the University of Rochester Medical Center, interviewed over 2,700 employees at a manufacturing facility in New York.  According to the study, the results can be applied to any workplace environment where workers are concerned about job security and layoffs.   The study, “Association of workplace chronic and acute stressors with employee weight status: data from worksites in Turmoil,” was published January in the Journal of Occupational and Environmental Medicine.

“In a poor economy, companies should take care of the people who survive layoffs and end up staying in stressful jobs,” said lead author Isabel Diana Fernandez, M.D. “It is important to focus on strengthening wellness programs to provide good nutrition, ways to deal with job demands, and more opportunities for physical activity that are built into the regular workday without penalty.” 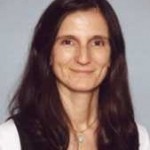 The workers, who were mainly sedentary at work, told the researchers that they looked forward to watching TV and “vegging out” after work.  The researchers also noticed that snacks high in fat and calories disappeared from the vending machines when pink slips were handed out.

“We are not sure why TV is so closely associated with being overweight in our sample group of people,” Fernandez said. “Other studies have shown that adults tend to eat more fatty foods while watching TV. But this requires more investigation.”

According to the study, 65 percent of the employees interviewed said they watched two or more hours of television on a daily basis.  Fernandez also noted that 72 to 75 percent of the employees were either overweight or obese.  The workers, who volunteered for the study, were mostly middle-aged, Caucasian, college-educated, paid $60,000 a year and has worked for the company for an average of 22 years. 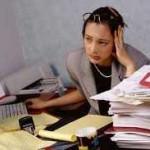 Stress is on the rise in the U.S.

In 2007, the American Psychological Association (APA) released a poll that stress was on the rise in the U.S.  The study, taken by over 1,800 adult men and women, also cited work and money as the main concerns that stress Americans.   ‘Half of all Americans report that stress has a negative impact on both their personal and professional lives,” the APA reported.

The MayoClinic recommends exercising to reduce and manage daily stress.  “Regular exercise can increase self-confidence and lower the symptoms associated with mild depression and anxiety. This can ease your stress levels and give you a sense of command over your body and your life.”

Stress a Major Health Problem in The U.S., Warns APA

Association of Workplace Chronic and Acute Stressors With Employee Weight Status: Data From Worksites in Turmoil