Deforestation of the Amazon rainforest dropped dramatically last year, according to the Brazilian environment agency, Ibama. 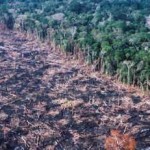 Using data from satellites, the agency reported clearance from large forest areas was about 580 square miles between August 2009 and May 2010 compared with 1,158 square miles from the previous year, according to guardian.co.uk.

“We are winning another victory over deforestation in the world’s largest and most important biome,” Luciano Evaristo, director of environmental protection, told the newspaper.

Ibama indicated the drop was largely due to new satellite imaging technology that can peer through cloud cover, allowing enforcement agents to spot areas of forest destruction by loggers, farmers and ranchers.

Satellite data manager George Ferreira said those responsible for the forest clearance knew protection agencies couldn’t see their operations during cloudy periods, but with the latest technology their actions were always visible.

But economics may be as much a factor in the deforestation decline as enforcement.

“Deforestation is not under control,” said Philip Fearnside, with the National Research Institute for the Amazon in Manaus. “Prices of commodities will go up after the global recession. When that happens you discover you do not have control.”

He said exports to foreign markets were more expensive because of the strength of the U.S. dollar, as well as a decline in demand for soy and beef.

Deforestation is strongly linked to the economic health of Brazil, according to Mongabay.com.

A report from the site showed deforestation fell from 1988 to 1991, a period of economic slowdown. But forest clearance rose dramatically during the economic boom years from 1993 to 1998.

Amazon forest destruction peaked in 1995 with over 11,220 square miles cleared.

Between 2000 and 2005 over 65 percent of Amazon deforestation was to accommodate cattle ranching, and Brazil has become a huge exporter of beef. 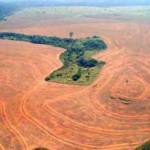 Mongabay.com reported that “between 1990 and 2001 the percentage of Europe’s processed meat imports that came from Brazil rose from 40 to 74 percent,” with about 80 percent of that meat coming from cattle raised in the Amazon.

Small-scale farming, commercial agriculture, logging and infrastructure improvements account for much of the remaining deforestation. Forests as mostly cleared through burning.

But Evaristo told the Guardian that Ibama remains understaffed, and indicated a larger number of enforcement officers could help prevent Amazon destruction.

He said Ibama only has up to 800 enforcement officers for such a large area.  He added that he wished the agency had 4,000 officers.

Farmers mainly to blame for deforestation in the Amazon
PhysOrg.com, Jan. 30, 2010