Hundreds of Chinese took to the streets in recent weeks in the southeastern cities of Hong Kong and Guangzhou to defend one of their most important treasures—their language. 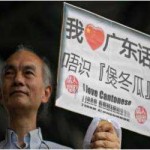 "I love Cantonese" (from MedIndia)

The protests on July 25 and Aug. 1 were in response to recent calls by regional officials to increase Mandarin broadcast programs in the area. Mandarin is the official language of Beijing.

Cantonese-speaking activists called the move an attack on their language, according to Time.  Cantonese is the predominant language spoken in Hong Kong, Guangdong province, the former Portuguese colony of Macao and in Chinatowns around the world.

“Every Chinese should know how to speak Mandarin,” Kevin Kong, a 29-year-old Guangzhou native told Time. “But at the same time, everyone has the right to speak their native language. There shouldn’t be any conflict between the two languages. Just because you speak Mandarin doesn’t mean you should give up your mother language.”

Officials announced the proposal for increased Mandarin broadcasts on July 5. They said the official reason for the proposal was to make Guangzhou more accessible to Chinese visitors for the upcoming Asian Games in November, according to Radio Free Asia.

And they said the proposal would not “marginalize” Cantonese. 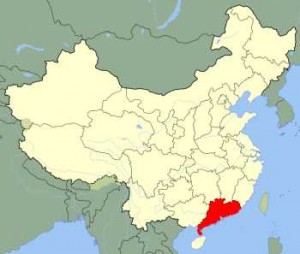 Officials responded to the protests by saying they were the work of “a small number of people with insufficient rationality and one or two with ulterior motives and that individual troublemakers would be punished,” according to the RFA report.

“Those in power want us to speak their dialect and dance to the beat of their drum, as a way of keeping control,” Tsang told RFA. “But there are dozens of dialects in China; are they going to enact laws to ban them all?”

It was reported one individual was arrested and held for five days after the July 25 protest. Witnesses claim there was a large police presence at the events.

By some estimates, there may be up to 80 million Cantonese speakers.  China has well over fifty different dialects spread throughout the country.

Human rights groups say the Chinese government has instituted an insidious form of cultural assimilation for decades. It includes the spreading of Mandarin throughout the country and outside its immediate borders. 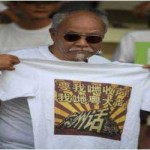 "The more you try to silence us, the more we will speak out." (From MedIndia)

The government has also encouraged the migration of Han Chinese into predominantly non-Han areas such as the western province of Xinjiang, which has a large population of Turkish-descended ethnic Uyghurs.

Riots broke out in July 2009 between Han Chinese and Uyghur, killing hundreds. Media reported a very heavy-handed response by police against ethnic Uyghurs.

Advocacy groups have also blasted the Chinese government’s dismal rights record in Tibet, where Han Chinese have been encouraged to immigrate.