Trains may become safer soon, due to an EU-funded, multinational research project.

A team of European and Israeli scientists is devising an electromagnetic sensing system that could serve as an early-warning mechanism for the natural disasters that cause trains to derail. 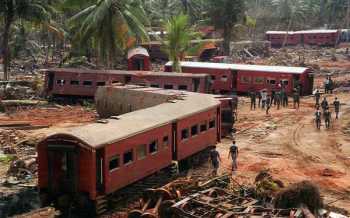 “Sinkholes, avalanches, landslides, earthquakes, flash floods — these disasters can cause train wrecks anywhere around the world,” said Tel Aviv University’s Professor Lev Eppelbaum in a ScienceDaily report. “We are hoping to develop a platform that can be fitted to any railway, passenger or freight carrier, to better predict natural disasters and possible terror attacks on rail lines.” 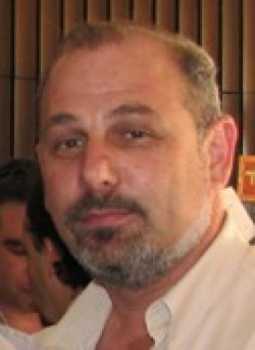 The Integrated System for Transport Infrastructures Surveillance and Monitoring by Electromagnetic Sensing (ISTIMES) initiative is part of the EU’s Seventh Framework Programme (FP7), which provides funding for scientific and technological projects. Researchers from Norway, Romania, France, Italy, Switzerland and Sweden are assisting Eppelbaum on this initiative.

Train accidents caused by natural disasters are common—the 2004 Southeast Asian tsunami derailed the Sri Lankan Queen of the Sea train and killed 1,700. Many smaller accidents have occurred around the globe since, and the researchers hope to implement their early-warning system in railroads worldwide.

The ISTIMES website details the plan and procedure: “The integration of electromagnetic technologies with new ICT information and telecommunications systems enables remotely controlled monitoring and surveillance and real time data imaging of the critical transport infrastructures.” 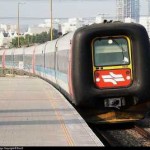 The researchers are collecting data from a variety of vehicles—airplanes, magnetic sensors, satellites, and soil sensors. According to the website, they hope to use these sensing tools to gain “detailed information and images of the infrastructure status in a fast time and so to improve decision support for emergency and disasters stakeholders.”

Eppelbaum said that the “background noise” in the data they have collected so far has been the biggest obstacle. “It’s complicated math and physics,” he said. “And yes, it includes lots of scribbling and equations on the chalkboard.”

The researchers also aim to be able to predict terror attacks. This research is the only component of the project that will not be made public.

Eppelbaum said that the research will be completed within a year.