The head of an international wildlife organization says it has “failed miserably” to halt the precipitous population decline of tigers in the wild.

“How have we let this happen?” said Willem Wijnstekers, the secretary general of the Convention on International Trade in Endangered Species of Wild Fauna and Flora (CITES), meeting this month in Doha, Qatar. 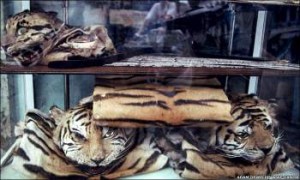 “If we use tiger numbers as a performance indicator,” he said, “then we must admit that we have failed miserably and that we are continuing to fail.”

In a statement released to the press this past week, Wijnstekers said, “Although the tiger has been prized throughout history, and is a symbol of incredible importance in many cultures and religions, it is now literally on the verge of extinction. 2010 is the Chinese Year of the Tiger and the International Year of Biodiversity; this must be the year in which we reverse the trend. If we don’t, it will be to our everlasting shame.” 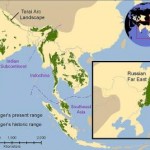 In the early 1900s, tigers were found throughout Asia and numbered over 100,000. Current estimates indicate that fewer than 3,200 of these remain in the wild, mostly due to poaching.

Tigers are today primarily poached for their skins but almost every part of a tiger’s body can be used for decorative or traditional medicinal purposes. Most tigers are now restricted to small pockets of habitat, with several geographical populations on the brink of extinction. 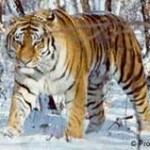 The historical range of these nine subspecies ranges from Russia to Siberia, Iran, Afghanistan, India, China and southeast Asia, and the Indonesian islands. Today, with a third of the subspecies extinct, their range has greatly diminished.

Tiger conservation groups, scientists and celebrities, including U.S. actor Harrison Ford, have partnered with the Global Environment Facility and the World Bank Group to help save wild tigers.