Unlikely, but the Purdue University electrical and computer engineering professor is undoubtedly running in the black, due to his creation of a blacker-than-black metamaterial that absorbs virtually all light. 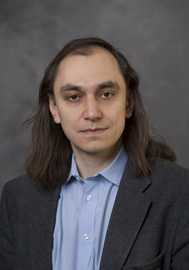 This metamaterial is composed of an array of extremely thin—35 nanometers in diameter— silver wires and centimeter squares of aluminum oxide, which causes light waves to bend and bounce in abnormal directions.

The creation is “equally applicable to all parts of the electromagnetic spectrum,” said Narimanov in a New Scientist report. He worked on this project with Norfolk University’s Mikhail Noginov and a team of researchers.

Scientists have been exploring the use of metamaterials for decades. Imperial College’s John Pendry is the field’s pioneer. He created the first “invisibility cloak” using an artificial material that absorbs light, making it almost invisible to the human eye.

In the past, other metamaterials have been used to create sound-proof walls and to simulate cosmological theories such as the “Big Bang”. 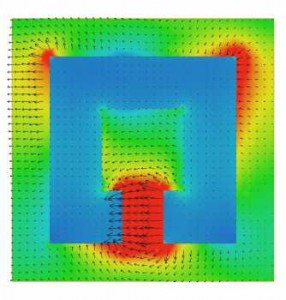 Narimanov had recently introduced his plan to create the darkest material on the planet, and commented in a Scientific American report that he was not surprised to see Cheng and Cui’s success, since he was aware of the vast potential of metamaterial. “It’s impressive, though, how quickly they have done it,” he said.

Narimanov’s blacker-than-black metamaterial will primarily be used for military endeavors, to build equipment that is not detectable by radar. It represents a great advance in the stealth technology arena.

Of the new material, Pendry said, “This is a new and valuable result.”

A new engineered stealth metamaterial is the blackest ever
POPSCI, June 11, 2010