With support from the Ethics & Excellence in Journalism Foundation, Newsdesk.org has hired print- and online-news veteran George Shirk as its first paid editor. 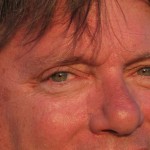 Shirk will oversee content and network building for the site, and in particular for News You Might Have Missed (NYMHM)—Newsdesk’s signature news service covering important but overlooked news and underserved communities.

“The fact that NYMHM has proven itself over a period of years is a testament not only to the endeavor,” Shirk noted, “but also to the readers, who demonstrate each day that their expectation of media is much higher than you’d guess by looking at traditional, mass-market metrics. In this regard, NYMHM is open-ended with potential, both in harnessing new technologies as well as continuing to use solid news judgment.”

Online, he assumed executive roles as founding Content Director at the leading metro-news Web site SFGate.com, and as Editor-in-Chief at Wired News, the online news arm of Wired magazine.

His work with Wired sent him overseas to set up bureaus in Brazil, Argentina, Mexico, Spain, Tokyo and Taiwan. More recently, he was Regional Content Director for Examiner.com‘s San Francisco office; as part of a four-person SEO and network-building team, he helped Examiner.com win an August 2009 Neilson rating as the nation’s fastest-growing news Web site.

His magazine experience includes his founding of Mammoth Monthly magazine and MammothLocal.com, where he served as Editor-in-Chief. Previous to accepting his post at Newsdesk, he was Senior Editor at Alameda Publishing Group, publishers of Oakland magazine and Alameda magazine.

Working with Newsdesk.org Project Director Josh Wilson, Shirk will build NYMHM into a revenue-earning news service that syndicates high quality, public-interest content to media publishers around the nation and around the world.

Content syndication is at the core of Your Local Newsdesk, a plan to establish a public-media network of nonprofit bureaus and fellowships that can work in parallel covering national and global issues at the local and regional level. Your Local Newsdesk was named an Ashoka Changemakers finalist at the 2009 WeMedia Conference in Miami.

“George is a talented, experienced leader with a great sense for thepublic’s opportunity online,” said Wilson. “Newsdesk.org has proven itself resilient, adaptable and relevant, by serving individuals and communities that have been left behind by the fragmented, fast-changing news industry. George has real vision for taking it to broad,
diverse communities, and greater levels of service and sophistication.”

For Shirk, Newsdesk.org is an opportunity to make a mark on journalism as a service and an industry.

“This is a period when professional journalists can bring time-honed skills into a technology-driven distribution matrix,” he said, “even as new business models evolve. I wouldn’t miss this for the world. It’s a fabulous time to be in this business.”

Newsdesk.org is a project of Independent Arts & Media, a ten-year-old nonprofit organization that supports civic participation through locally produced media and arts.

• Learn more about Newsdesk.org and News You Might Have Missed here.
• Watch the Your Local Newsdesk video here.
• To make a donation, contact Clarisa Morales Roberts, Executive Director, Independent Arts & Media at clarisa@artsandmedia.net, or call 415-738-4975
• For quotes and editorial inquiries, contact Newsdesk.org at:
415-321-4901